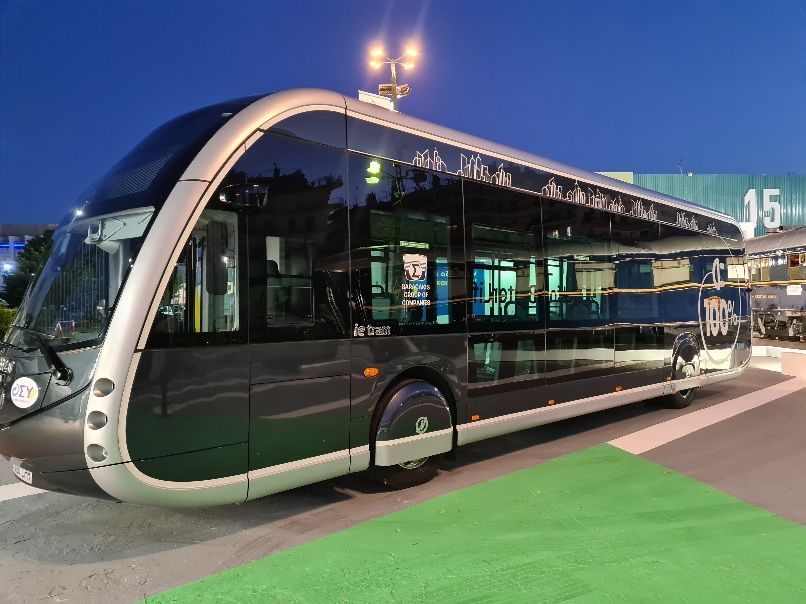 According to the minutes of the tender approved by the General Secretary of Transport, Yiannis Xifaras, for this section, the two companies moving to the third and final phase of the process are the Spanish IRIZAR and the Chinese YUTONG BUS. On the contrary, the file of the Chinese BYD was deemed insufficient and it was excluded from the continuation of the competition.

The two shortlisted companies were considered to have a complete participation file and technical offer. A slight lead in the technical bid score was obtained by YUTONG BUS CO LTD with 146,181 units, followed by IRIZAR E-MOBILITY S.L. which received 128.65 points.

Of course, everything can change depending on the financial offer they have submitted, which will ultimately determine what type of electric bus Athens and Thessaloniki will acquire. According to information, the opening of the financial offer is estimated to take place within November.

This is the most important and most expensive section of the competition as its budget is estimated at 154.62 million euros. The procurement for 250 electric buses to be procured by the Greek state will be the first to be released in Athens-Thessaloniki.

However, we should remember that for decades Athens has had electric buses with the well-known trolleys that circulate covering important routes in a large part of the urban complex.

What about the other sections of the competition?

Regarding the other parts of the tender, according to sources close to the process, it may be known within the week which companies will claim the supply of the 100 modular 18-meter compressed natural gas (CNG) EURO VI city buses. Their cost has been calculated at 53.32 million euros. IVECO has reportedly submitted an offer.

In November, the decisions will follow for the companies that move to the final phase for the supply of 200 ordinary 12-meter compressed natural gas (CNG) EURO VI city buses worth 73.16 million euros. IVECO and ITA are involved here.

The same for the additional 100 simple electric city vehicles of 12 meters with a minimum range of 135 km in the amount of 56.26 million euros. IVECO, BYD, IRIZAR, VAN HOOL participate.

Let us recall that since last May, the part of the tender for 100 simple city buses of 12 meters with hybrid technology was canceled as no offer was submitted. The budget of this department was 46.12 million euros.

As long as the legal battles that may delay the different parts of the tender do not continue, the goal of the Ministry of Infrastructure and Transport is to have the contracts signed in the first months of 2023. Moreover, each part moves autonomously so the dates of the signatures will vary.

Last September, the Minister of Infrastructure and Transport, Kostas Karamanlis, speaking to the Production and Trade Committee of the Parliament, noted on the subject that Athens and Thessaloniki will be the only cities in Europe that will have so many electric and CNG buses in their fleet (in relation to other European cities).

The supply of the vehicles will take place within 520-580 days and this means that a total of 650 buses will have been delivered over a period of 1.5 years, i.e. until the end of 2024. In Greece, the representatives of the above participating companies are the P.Petropoulos groups , Sarakakis, Sfakianakis and Kontellis.

The new vehicles will be called upon to partially renew the aging fleet owned by the country’s two largest cities, making a big leap in “greening up the transport”. Of the 650 buses, 350 are electric and the other 300 use natural gas, which is considered more environmentally friendly.

According to the planning of the Ministry of Infrastrucutre, most of the vehicles will be given to OASA (and subsequently to OSY) and a significant part to OASTH. Especially for Thessaloniki, the plan is for the supply of only electric buses, as there are no CNG storage tanks in the train stations of the city.

Regarding this funding, it will come from two sources, the NSRF and the Recovery Fund. In the second, about 3 months ago, the financing for the 250 electric buses got included in the funding.

The next step is the announcement of another tender for city buses with the most likely scenario now being 100% for electric vehicles. The overall planning is the supply of 1,300 new vehicles in Athens and Thessaloniki (1000 and 300 approximately).

Athens Metro: contract for the upgrade of 14 Line 1 trains to be signed shortly