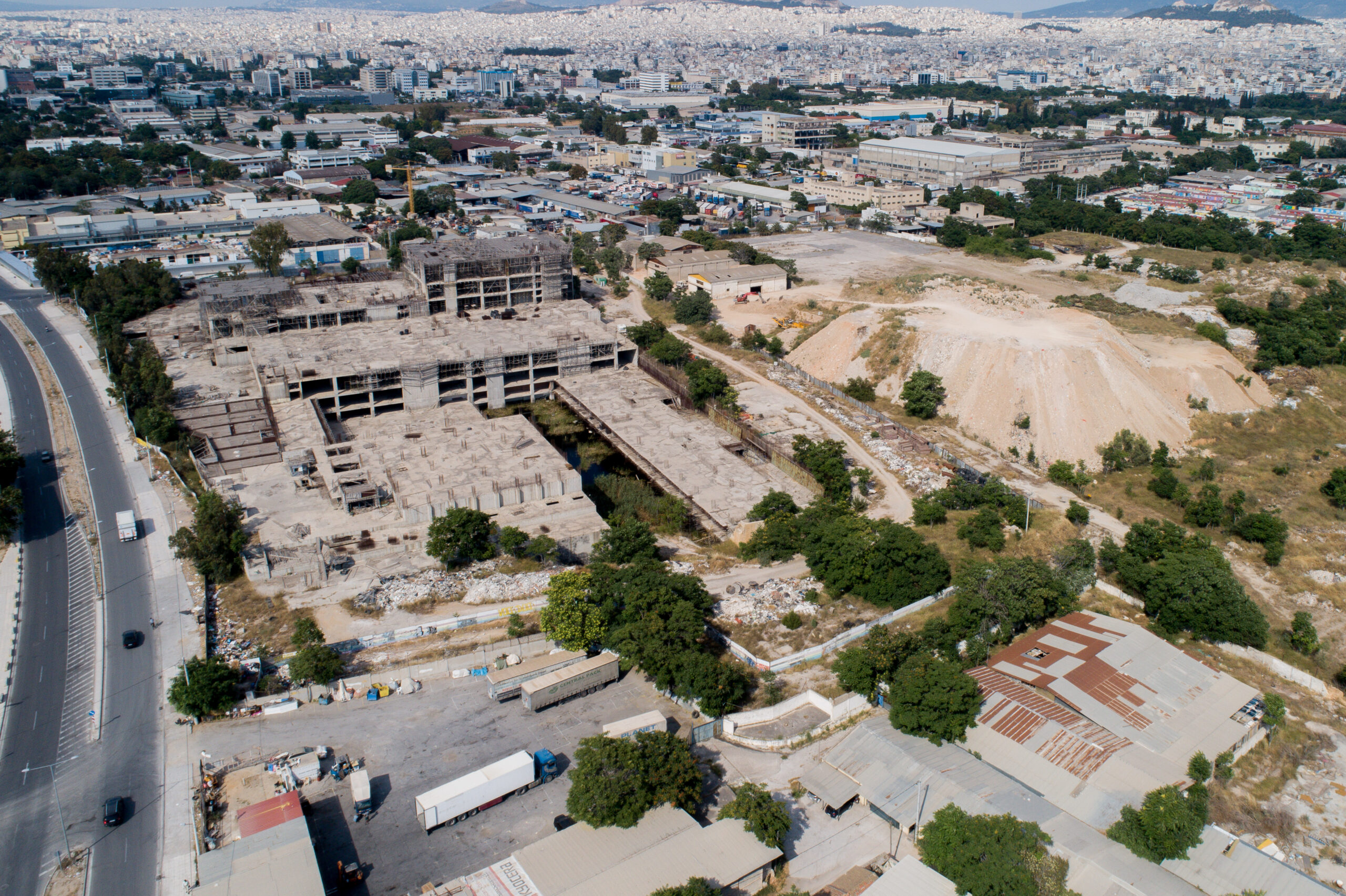 The area of Votanikos will be transformed in the next five years. The area, which today has third-world urban planning conditions, is expected with a multitude of projects to change its character and become a new “place to be” in the capital.

In the area, the only notable infrastructure is the ELEONAS Metro station and some decent buildings, mainly on Iera Odos. The rest of the region is dominated by urban chaos and the absence of basic infrastructure. This in an area located 2 kilometers from Omonia. Accordingly, at the same distance are Ampelokipi, Pagrati or Koukaki.

But this image is about to change as large public and private projects are coming that will create a new environment in which Votanikos area will be able to develop into a new urban, mainly commercial and administrative, zone.

After all, Votanikos has unique advantages as it is surrounded by 3 major avenues such as Kifissos, Iera Odos, Athinon Avenue, Petrou Ralli and Piraeus. Beyond the Metro station close to Votaniko is also the Rouf railway station.

Among the major projects that are being prepared are the Panathinaikos stadium, the new KTEL terminal in Eleonas, the basic infrastructure projects, the regeneration projects of the area, the removal of the transport companies to a new property in Fyli as well as private investments for hotels and shopping centers from big names in real estate. Large projects are also planned in the wider area, such as the State of Innovation and the new building of the General Secretariat of Infrastructure in Piraeus.

It is estimated that if all these projects proceed and are completed, the image in the area will have changed radically by 2027. However, these large investments can attract others which will eventually make the area one of the hottest in real estate in Athens.

The new stadium of Panathinaikos

In the next few days, the announcement of the tender by the Municipality of Athens for the new stadium of Panathinaikos in Votanikos will be published. The cost of the project including VAT is 123 million euros and, in addition to the construction of the stadium, it also includes a connecting tunnel between the stadium and the ELEONAS Metro station. The duration of the works is set at 36 months and the aim is to have the stadium ready in the summer of 2026. The financing will be covered by the Public Investment Programme.

They are necessary projects to transform the area from total anarchy to urban. It concerns two projects: the first is a project to create infrastructure, i.e. road networks, sidewalks, water supply, drainage, telecommunications, lighting, etc. and the second is regeneration and greening projects for the beautification of the area. The works are necessary and related to the construction of the stadium. Imagine a stadium that has no connection to the water supply or sewage networks.

It is a project with decades of history. In the area of ​​Eleonas, next to the Metro station and very close to the PAO stadium, the new metropolitan terminal of KTEL has been located. The current KTEL bus stations of Kifissos and Liosion will be moved there, as well as most foreign bus lines that currently terminate at will. The projects exceed 100 million euros. The relevant concession tender is being prepared by the Ministry of Infrastructure and Transport and its announcement is expected.

The transfer of transport companies to Fyli

It is a new project that concerns the transfer of dozens of transport companies that are currently scattered in the area of Votanikos, to a new organized area in Fyli. The relevant competition is being prepared by HRADF with the aim of 2026 to be completed. This is an important infrastructure that will contribute to the further development of freight transport, as the new Center in Fyli will be directly connected, via the railway, to Iconio and Thriasio.

For Votanikos this means freeing up all these properties and reusing them in urban areas either for commercial or residential purposes. It is a critical project that will define the wider image of the region.

We also have an investment in the property with the facilities of the Athenian Paperworks, in Votanikos, very close to Iera Odos, Kifisos Avenue and the Agricultural University of Athens from Dimand. The Athenian Paperworks facilities in Athens are located on two properties in the Votanikos area, in blocks 35 and 38. Most of the new spaces will concern modern office buildings, while the possibility of building residential complexes has not been ruled out.

The investment is expected to be completed in 2024. However, the project concerns yet another case of urban regeneration and as the president and CEO of Dimand, Dimitris Andriopoulos, has repeatedly stated, the company believes in urban regenerations as they can completely change areas in which take place.

Also in competition is the utilization of the property of HRADF in Tavros, from March. These are the former warehouses of EOMMEX in Tavros, owned by HRADF, which will be used after the international tender.

With an area of almost 3,300 sq.m. and a building factor of 3, the property allows the development of buildings with a total area that can approach 10,000 sq.m. In its almost 80 years of life, the property of the former warehouses of EOMMEX went through various phases of operation and uses. In recent years it remained as an inactive warehouse on a large plot of land.

The works on Pireos Street

However, major projects are also being prepared on Piraeus Street. The two most important are the new building of the General Secretariat of Infrastructure and the State of Innovation.

The new building of the General Secretariat of Infrastructure, costing 113 million euros, will be developed at 166 Piraeus Street in Tavros on an area of ​​8.7 acres, near the Suburban ROUF station. The tender is ongoing and is expected to be completed in 2023, when the works will also begin. In addition, a pedestrian bridge will be built that will connect the two sides of Piraeus with the new building.

“Politia Kenotomias” is estimated at an investment of approximately 100 million euros. It will be developed on the CHROPEI property, which is currently abandoned. The area of ​​the property is 17.9 acres and the surface of the building is approximately 18,000 sq.m. Building facilities for technology startups and research and development departments will be created there.

One of the most important private investment projects is the redevelopment of an area of Viohalco on a 70-acre property, on 252 Piraeus Street, which is adjacent to other important emblematic buildings. The 120 million euro investment includes the development of two hotels, a technological research and development center, a 30-acre park, while the area also includes a museum, playgrounds, sports infrastructure, restaurants and recreational facilities.

The property will also feature water features, five kilometers of sidewalks and bike lanes, as well as parking spaces. Buildings with a surface area of ​​45,000 sq.m. will be developed, of which approximately 25,000 sq.m. will concern the two hotels and the remaining 20,000 sq.m. the uses of culture and research. The construction will be LEED certified.

The Ellinikon: the 8 bln euro investment at the old Athens airport has officially been inaugurated