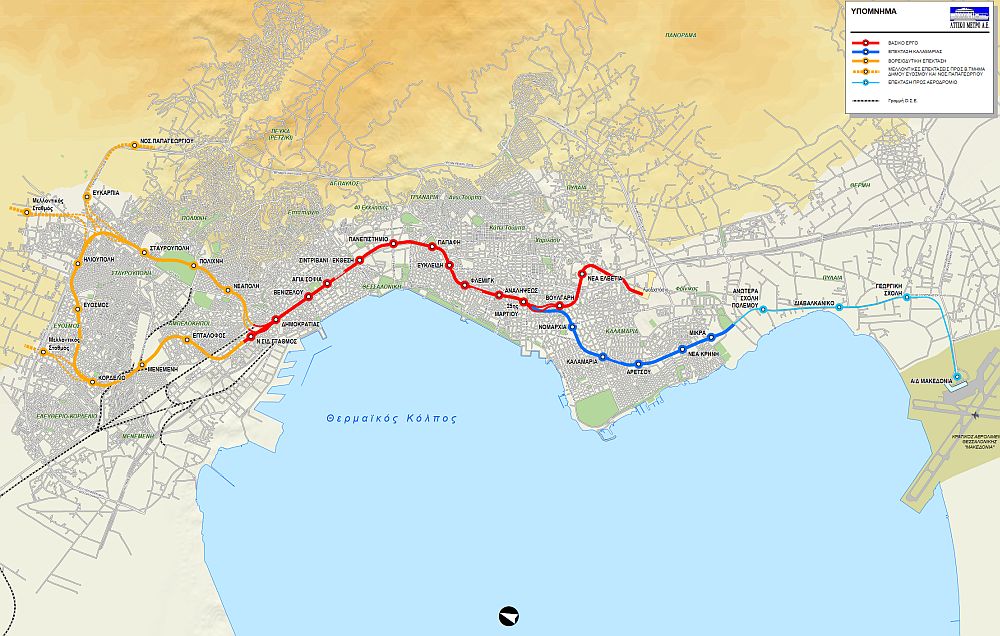 INTRAKAT undertakes the works for the preliminary works of the expansion of the Thessaloniki Metro to the north-west of the city. The competition, which has been in progress since the Fall of 2019, is nearing its completion, marking the start of the third Metro project for the city.

INTRAKAT is now required to provide up-to-date, where necessary, supporting documents and then to be audited. Then the pre-contractual audit will be completed with the submission of the contract for approval by the Court of Auditors and then the signatures will “fall” to start the project.

Its duration is estimated at 24 months from the signing of the contract. According to rough calculations, if the project starts in the summer, then it will be possible to complete it (without calculating any delays), in the middle of 2023.

What the project includes

The Ministry of Infrastructure and Transport and Attiko Metro are planning the third major Metro project of the Metro network in Thessaloniki, which concerns a new line in the north-west of the city. It will start from the “New Railway Station” terminal.

This is an extension that serves the municipalities of “Ampelokipi – Menemeni”, “Kordelio – Evosmos”, “Pavlou Mela” and “Neapolis – Sykeon”. The extension includes 9 new underground stations with the same characteristics of the main line, ie with a length of about 60 meters and a central dock. The stations foreseen after the New Railway Station are: EPTALOFOS, MENEMENI, KORDELIO, EVOSMOS, ILIOUPOLI, STAVROUPOLI, POLICHNI, NEAPOLI.

New metro Line 4 preparation works to be signed within days