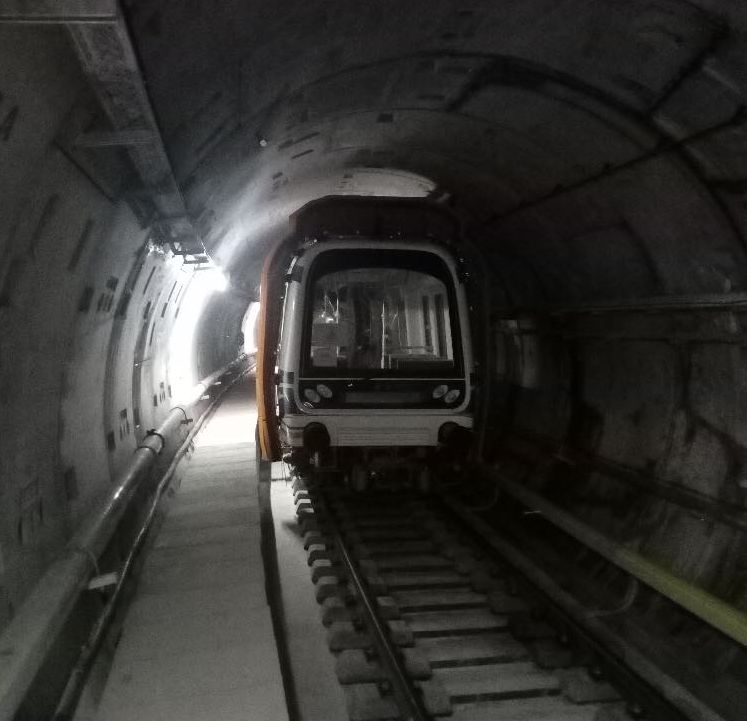 With the thickening of the test routes and the liberation of construction sites, the long-suffering project of the Thessaloniki Metro is progressing. At the same time, the Attiko Metro is repositioning antiquities at the Agia Sofia station. The most important finds are statues and a paved square and mosaics. The Minister of Infrastructure and Transport, Costas Karamanlis, is expected to visit the station tomorrow.

The test routes with the trains run daily and at least three times a day the route Depot-Fountain is carried out. In some cases, they have even managed to reach speeds close to 80 km / h, which is the maximum allowed on trains and in Athens.

According to sources close to the project at the moment, the trains are moving “manually”, ie with movement through the train. This will continue to happen until the installation of the E / M is completed which will allow the automatic movement of the train which will now be controlled by the Control Center. This is estimated to happen around the middle of 2022.

The same goes for the security doors that have already been installed at the stations’ docks. Their operation will begin with the completion of the E / M. Then they will operate normally and will open with the arrival and stop of the train at the stations, almost simultaneously with the train doors and will close at the same time for the departure of the train.

The city is changing

At the same time, as we reach the end of the projects, the hitherto overworked areas from the presence of construction sites will acquire greater value in terms of real estate as the value of the real estate around the stations is expected, as is the case worldwide. Commercial real estate is estimated to be the apple of contention for the opening of commercial stores and offices.

The process of completing the stations

The most advanced construction stations today are: Euclid, Papafi, Fountain. These three stations are estimated to be fully completed by the beginning of 2022. At Agia Sofia station, one of the most central stations of the main line, coatings, architecture and E / M works are underway.

The rest of the stations are undergoing architectural finishing and the installation of electromechanical systems. The goal is in 2022 all the stations -except Venizelou- to be ready and to have details that will be closed until the start of operation.

At the same time, Attiko Metro is running tenders to start the latest E / M projects that are absolutely necessary for the operation of the second line of the metropolitan network of Thessaloniki.

In the Kalamaria line, which is 5 km long and has 5 stations, the construction process is also very advanced. The bonus has been installed (ie the double line) and the third line (through which the trains are electrified and moved) is estimated to have been installed by the end of the year.

By the end of the year, both intersections of lines, in Mikra and Prefecture, will have been installed. Intersections are necessary to change the direction of the trains, so that they have the ability to change lanes depending on the conditions.

Based on the time lost, the big bet is the start of the main line. The Minister of Infrastructure and Transport, Costas Karamanlis, has repeatedly committed himself personally to the operation of the Metro. A realistic scenario is, if there are no other entanglements, to see the main line open by the end of 2023 and in the middle of 2024 to start the operation of the extension to Kalamaria.

Regarding the operation of the network in the coming days, the PPP tender for the operation and maintenance of the city’s Metro network is expected to air. As it has become known, the tender will have an estimated cost of around 400 million euros for the entire period of the contract. The competition is expected to attract large European companies operators of similar systems.

The duration of the contract if the example of other public-private partnership projects is followed will not be less than 10 years. What is interesting is that it is the first competition of its kind in Greece. Similar examples in Europe can be found in the “twin sister” of the Thessaloniki Metro, ie the Copenhagen Metro. The contractor will undertake the operation of the system but also the maintenance of the network and the trains and stations.

Thessaloniki’s big infrastructure projects that will transform the city