Almost 10 months after the signing of the contract (which took place at the end of November 2020), the works for the completion of the Aktio-Amvrakia motorway are progressing at a good pace. The project of 150 million euros, which has been undertaken by Mytilineos, is at a level of total progress that exceeds 10% in the level of certified works and about 15% in the total project.

According to a source familiar with the matter, this rate is satisfactory, given the fact that the acceleration of the absorption of funds is always backward in the projects, ie towards the end of the contract.

The construction sites on the axis are all activated and today employ more than 180 workers. The only thorn that exists is some expropriations in the western part of the project, but they do not hinder the general progress of the project and the assessment by factors with knowledge of the contract is that they will be completed in the next period. The contracting authority of the project is the Ministry of Infrastructure and Transport.

The bypass of Amfilochia

The first date of the project is 18 months from its signing, ie around the summer of 2022 and concerns the famous -for the project- bypass of Amfilochia. The section of about 17 km that starts from Lake Amvrakia and ends in the area of ​​the Forest is at a very advanced stage.

At the same time, the option of 10.5 million euros was activated, which concerns a section of 400 meters that will connect the Aktio-Amvrakia motorway with the Ionian Road to Lake Ambrakia at the uneven junction of Rivio. This will ensure the connection of the two axes and the smooth operation of the Amfilochia bypass section.

We should add that a section of 14 km, from the area of ​​Aktio to Vonitsa has been delivered and has been operating since May 2019. The remaining section is the Vonitsa-Forest of about 14 km, almost all mountainous and a small section in Aktio. 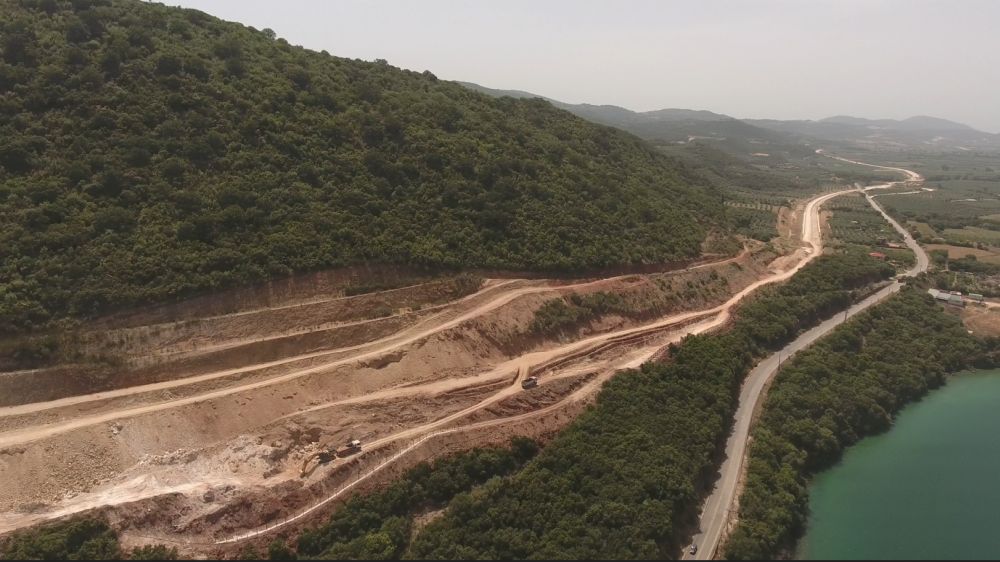 When will the whole axis be operational

The rest of the project has today, according to the construction schedule, time until the summer of 2023 to be completed (the duration was set at 30 months from the signing). In any case, what can not be exceeded, is the absolute time limit set by the EU and it is the 31st of December 2023. Until then the highway as a whole must be operational.

The Aktio-Amvrakia motorway, 48.5 km long, has the characteristics of a closed highway with 2 + 2 lanes per traffic stream and uneven junctions. The project is implemented with funding from the NSRF 2014-2020 through the Operational Program YME-PERAA. It is a “bridge project”, as it started with funds from the NSRF 2007-2013. With its operation, it is estimated that the levels of road safety will increase significantly and the high blood tax experienced by the area with the traffic on the existing road will stop.

The big profits of the region

The Aktio-Amvrakia highway is considered valuable not only for the region of Etoloakarnania which acquires a network of highways along the Ionian Road but also for the Ionian islands. Lefkada will be the first winner as the driving time will be reduced by almost one hour and from Athens it will take about 3 hours to reach the city of Lefkada.

Road transport from Corfu, Paxos and Antipaxos, but also the beaches of Epirus (from Preveza to Igoumenitsa) will have a big profit with a similar reduction in driving times.

A “collateral” profit will be the biggest traffic that the Aktio-Preveza submarine tunnel is expected to have, which will be connected to the Aktio-Amvrakia highway and consequently to the country’s network of highways.

Finally, the project of the double road connection of Lefkada with Amvrakia Odos is running as a complementary project. The project undertaken by AKTOR is progressing and is expected to be completed almost parallel to the highway. The double connection will transport drivers more safely from the highway to the city of Lefkada via an expressway.