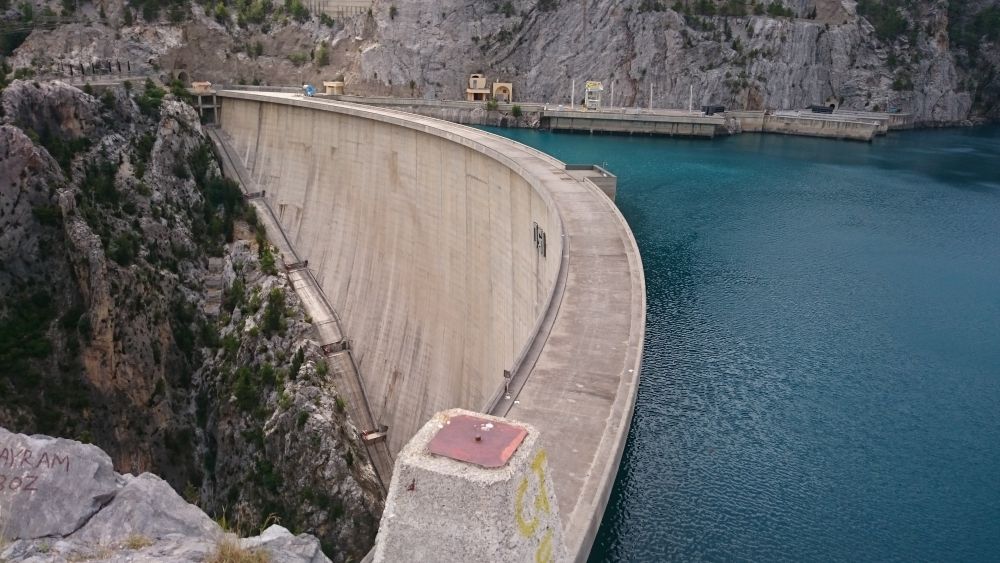 The plan for the creation of one of the largest green energy production infrastructures in Greece is moving forward with steady steps. That being of course the pumped storage unit promoted by TERNA Energy in Amfilochia.

According to the decision of the Minister of Environment and Energy, Costas Skrekas, the terms, conditions and procedures for the granting of operational aid to the Amfilochia Electricity Storage Station were determined.

The financial support of the infrastructure takes place in the framework of the decision taken a few months ago by the European Commission, and envisages a measure of 250 million euros to support the construction and operation of the unit. The decision of the Minister determines and establishes the necessary procedures for the provision of aid.

A fact that demonstrates emphatically how important such infrastructure is for the security of the energy system. As well as the smooth transition to the era of green energy.

This is a colossal project as it is a project with a budget of up to half a billion euros. According to the initial planning, the construction works of the unit are expected to start in 2022.

Among other points, the decision published by the ministry provides:

RAE is responsible for the preparation and implementation of the Annual Reinforcement Methodology of the unit in Amfilochia.

-The certification of the construction cost of the project, as well as the reasonable maximum operating cost of the station, will be done with the assistance of the Independent Cost Certification Engineer of Amfilochia station.

-Amfilochia station participates fully and competitively in the markets of electricity for the purchase and sale of electricity to serve its functionality, as well as the other stations of the electricity market, without exceptions from the basic rules of this market, according to the general and more specific provisions of the relevant regulatory framework.

-The Owner of Amfilochia station will not be able to enter into bilateral or forward contracts for the purchase or sale of electricity.

-The pump storage unit will be under the aid regime for 25 years from the date it will be put into commercial operation.

The allowed annual revenue for the station is expected to be the total revenue that ensures its financial viability.

The projects financed by the Recovery Fund can not extend their construction project beyond 31 December 2025, at which point the station must be put into operation.

Identity of the Project

The project includes two autonomous reservoirs in the areas of Agios Georgios and Pyrgos, and will use the existing lake of Kastraki of PPC, as a lower reservoir. The total installed capacity of the unit will reach 680 MW in production and 730 MW in pumping, with energy production reaching 816 GWh on an annual basis. In the construction phase the project is expected to create about 900 jobs during that period while 60 permanent jobs will be created during the operational phase.

The pumping is done using RES power generation, which is thus stored as a hydroelectric “reserve” in the upper reservoir and can be used whenever the need arises.

When demand increases, stored water is released to the bottom reservoir and generates electricity, providing stability to the system and preventing price increases. This is done over and over again, constantly giving the simplest possible definition of what a circular economy and a rechargeable physical battery mean.

The materialization of such projects creates a cocktail of benefits that touch every possible aspect, from local communities to the environment and the national economy. In the foreground are the local communities and the inhabitants of the wider Municipality in Amfilochia. With the initiation of the investment plan they will see employment rates in their area increase significantly.

The completion of the unit is expected to add additional value to the site and its side activities from the lakes, to improve the road network and facilitate access to the area with benefits for livestock facilities, beekeeping, agriculture, forest management and forest protection.

In addition, the pumped storage unit is expected to benefit the environment as well as it will contribute to the sustainability and the achievement of the objectives of the National Energy and Climate Plan (ESEK) for 2030, but also is expected to increase biodiversity and populations of species benefiting from the existence of lakes at a local level.

Thessaloniki Metro: tender for the operation and maintenance PPP project coming up this summer

Athens Metro: planning for new extensions towards the Southern and Western suburbs is underway