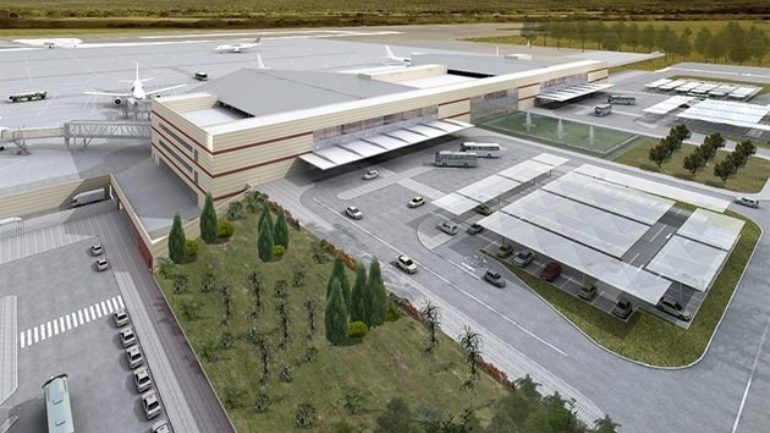 The CEO of GEK TERNA, George Peristeris, determined the completion and operation of the new international airport in Kastelli, Heraklion at the end of the year 2025. In the context of yesterday’s regular General Meeting, and answering a relevant question, he noted that this is a project that was auctioned in 2016 and for various reasons that do not concern the group, the concession began in 2020.

Since then, as he said, several things have taken place – he means the earthquake that hit the area – but now the construction has started at an intensive pace in terms of infrastructure projects. Also, after approvals from various authorities such as ministries, the CAA, independent engineers, change of regulations, etc., the start of construction works related to the building facilities is expected within the summer.

The initiation of the commercial operation of the new airport was determined by Mr. Peristeris determined for the end of 2025. The project does not face particular issues and the archaeological excavations to date have not caused any delay.

The projects amount to 500m euros and is expected to create almost 1,000 jobs during construction. The operation of the new airport will put out of work the current Heraklion airport “Nikos Kazantzakis” which will be renovated.

How is the casino progressing

Regarding the investment for the casino in Elliniko, Mr. Peristeris stated that the studies to finalize the construction object have not been completed yet, however he estimated it at around 600 million euros.

Regarding the financing of the projects, he noted that there is no issue because they are secured and are in the company’s coffers. “The year is going well despite the adversities” he noted and as he stressed the group invests in concessions, in energy, the new power plant in Komotini is being built, the casino is moving forward and in total the group today invests 6.5 billion euros in many large projects .

This year alone, it is expected to finance 300m euros in concession projects. These do not include projects performed by TERNA on behalf of third parties (public or private projects).

Regarding the unutilised amount, today the group GEK TERNA has reached 5 billion euros. In fact, as Mr. Peristeris mentioned, in addition to the large public and private projects, the group undertakes and successfully executes additional object with investments of the group itself

The cost of materials

Regarding the increase in the cost of materials and energy, the head of GEK TERNA noted that it is an issue that concerns the industry, however there is a flattening of the curve and a slight decrease in some materials. “We do not think that this will change the sign of the construction activity due to the diversity of the projects. We do not anticipate damage from this situation. The money we invest is completely secured and there are no other thoughts “said Mr. Peristeris.

However, as he noted in his speech, vigilance and a dynamic monitoring and management of the issue by the Ministry of Infrastructure is needed so that the work invoices correspond as much as possible to the reality of the market, in order to complete the projects smoothly.

One of the most important parts of Mr. Peristeris’ speech was the reference to the return of capital as 12.5 million euros will be distributed to shareholders this year at an amount of 0.12 euros per share. In fact, closing his speech, he said that “This move marks the beginning of a new era in which we believe that our shareholders will increasingly enjoy the fruits of our joint effort.”

Athens Metro: test routes on the new extension to Piraeus to start shortly