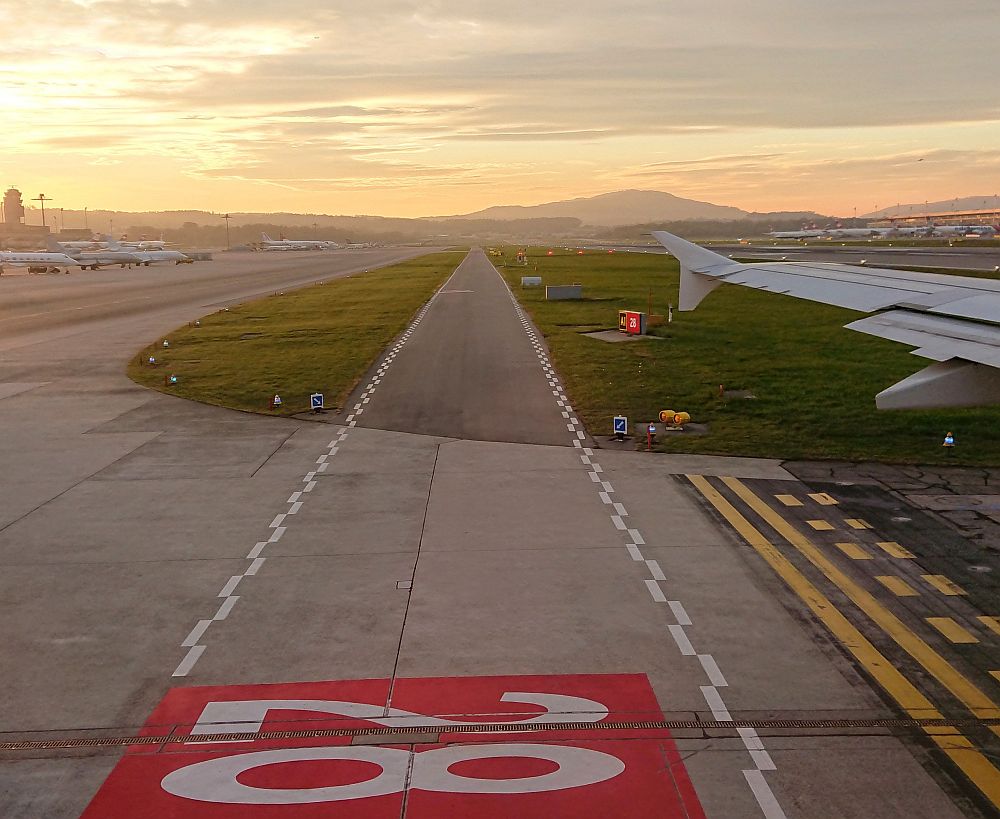 The project for the expansion of the airport in Naxos will be in tender within the next few days. The project is implemented by the Ministry of Infrastructure and Transport, which committed 22 million euros and approved the tender documents for the contract. The announcement of the tender is expected immediately.

The project is financed by the NSRF 2014-2020 through the Operational Program YME-PERAA. This is the most important infrastructure project for Naxos which will acquire a more modern and more functional airport.

The aim is to enlarge the airport, the maneuvering area of ​​the runway, the extension of the aircraft parking floor, the widening of the existing taxiway, the construction of two new taxiways, etc.. Security formations, photo markings as well as archaeological research and work will also be financed ,Public Utility Institutions connections and expropriations.

From the end of 2020, the preparation of a study started with a private donation. In April 2021, the development study of the new terminal at Naxos airport was submitted by the NAMA company, which was revised in July. The geotechnical research studies followed.

The project is considered mature in terms of studies as the studies for both the expansion and upgrade of the airport and the geotechnical research study have already been approved.

Also approved was the study for the expansion and improvement of the Naxos State Airport maneuvering area with NAMA as the architect.

The expansion of the airport

According to the existing plans, the length of the runway will be extended to 1,200 m, a Runway End Safety Area (RESA) will be built on both sides of it, two new taxiways will be built, while the maneuvering area will be enlarged by 8,000 m .m. and the airport building by 2,100 sq.m.

Let us remind you that since the beginning of 2020 a decision has been taken by the Ministry of Infrastructure for the forced expropriation of properties required for the project: “Extension of the runway of the Naxos airport to the south, the construction of new facilities and the configuration of spaces for the support of the operation of the airport in the wider area” of the Municipality of Naxos & Small Cyclades of the Prefecture of Naxos“. The total area of ​​the expropriated properties will amount to 84,464.70 sq.m. The expenditure, amounting to 400,000 euros, is covered by the Public Investment Program.

The works in detail

The project is divided into the following sub-projects:

3. Configuration of an extreme safety zone of the runway 60 m long after the end of the extended section of the runway.

4. Configuration of a safety zone (RESA) after the end of the new southern extreme safety zone of the 90 m runway.

5. Widening of the existing taxiway from 15m to 18m and formation of 3.50m wide shoulders on both sides (Taxiway 2).

9. Modernization and upgrading of the existing maneuvering area (runway, taxiway and floor).

11. Construction of an internal perimeter road of the airport, with a total length of approximately 3,000m and a width of 5.00m.

12. Construction of fencing at the borders of the expropriated area and replacement of the existing one at the western border of the airport in the area adjacent to the lake.

Construction of a 586m long external road to the S.W. part of the runway extension for the restoration of the existing road accesses affected by the extension of the runway, within the expropriated area of ​​the airport with the necessary hydraulic rainwater drainage works.

New tender for a big environmental project in Western Thessaloniki