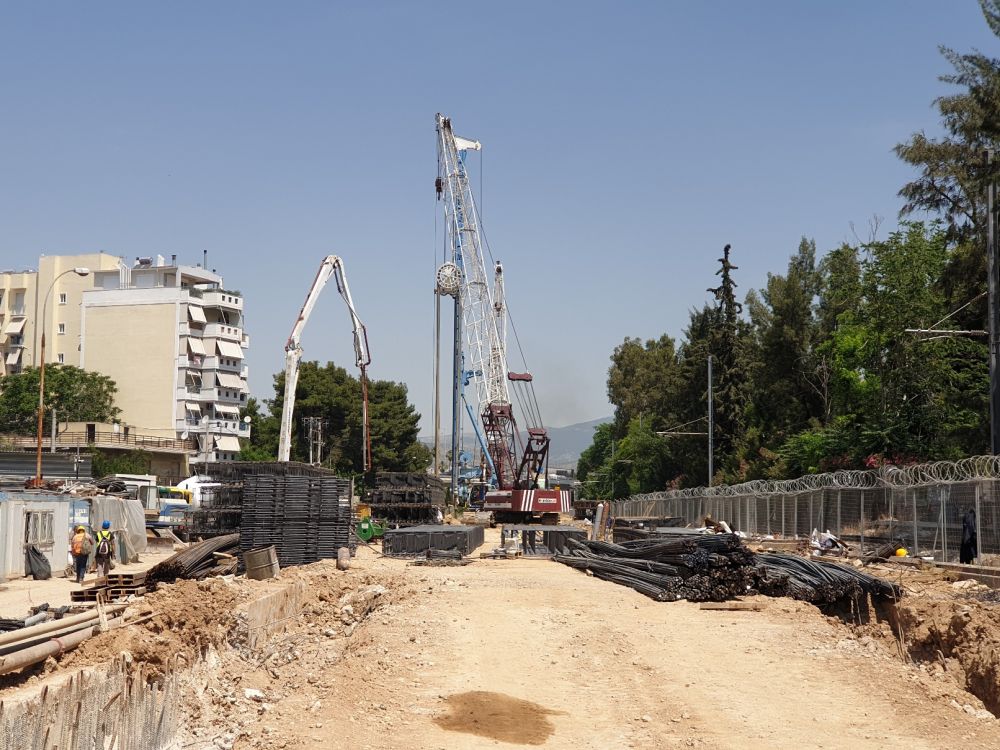 One of the most important projects in Athens today is entering its most mature phase, a double intervention which includes a double 4-line railway tunnel and the regeneration of the ground space with the creation of an urban linear sports and leisure park.

The so-called “Railway Tunnel of Sepolia” is the most important railway project of ERGOSE today in Attica. With its completion and operation, the fatal accidents that take place in the current level crossings will cease. The trains will have much more space for the smooth passage of suburban and interurban routes and the city will be upgraded and changed for the better.

The project is part of the broader strategy of the Ministry of Infrastructure and Transport for the railway development of the country as especially for the network of Attica the auction of the 2nd phase of the Athens station is being prepared and through competitive dialogue the expansion to the ports of Rafina and Lavrio.

As mentioned in ypodomes.com, by executives of the contractor company, today a floor has been occupied and landscaped in the area of ​​the works in the western half-corridor, ie in the first of the two tunnels. The line has been demolished and the work of the undergrounding technician has begun. The tunnel is about 1,900 meters and together with the ascent-descent ramps the whole project reaches 2,300 meters. 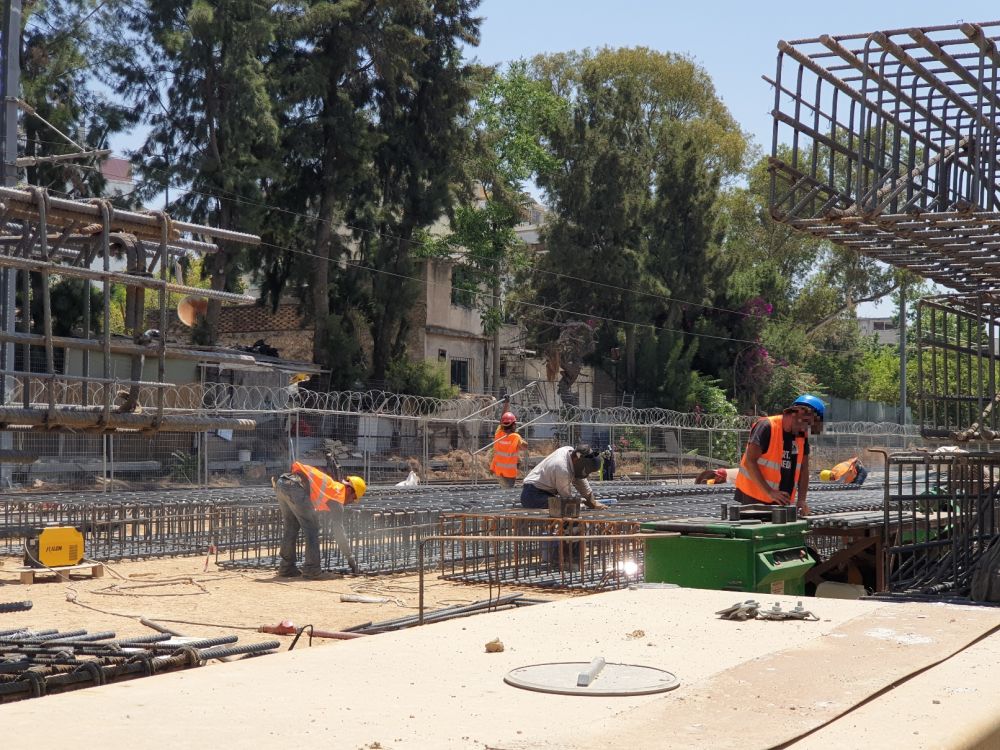 Cover and cut method for the opening

As executives of the consortium note in ypodomes.com, the dams have been constructed in half of the tunnel (the north, from Treis Gefyres to Siokou) and now the upper underground slab is being constructed. The method by which the tunnel will be constructed is called cover and cut. That is, the “roof” slab is thrown and then the opening is made underground. This was chosen to minimize disturbance to the area.

The soils are rocky and the environmental study needed to be changed, while in the second year the use of a hydro-mill was chosen, which is considered “silent” as it works without vibrations and helps to better manage the project.

Next week, according to the same executives, Konstantinoupoleos Street will be partially occupied and the floor layout up to Longou Street will begin. At the same time at the Athens station, the line was recently demolished and the configuration of the working floor began there as well. It is estimated that the whole area will be occupied in early autumn.

The projects have been undertaken since the end of 2018 by the consortium INTRAKAT-SIDIRODROMIKA ERGA ATE. INTRAKAT has undertaken the entire part of the infrastructure project and the Railway Works the purely railway projects. 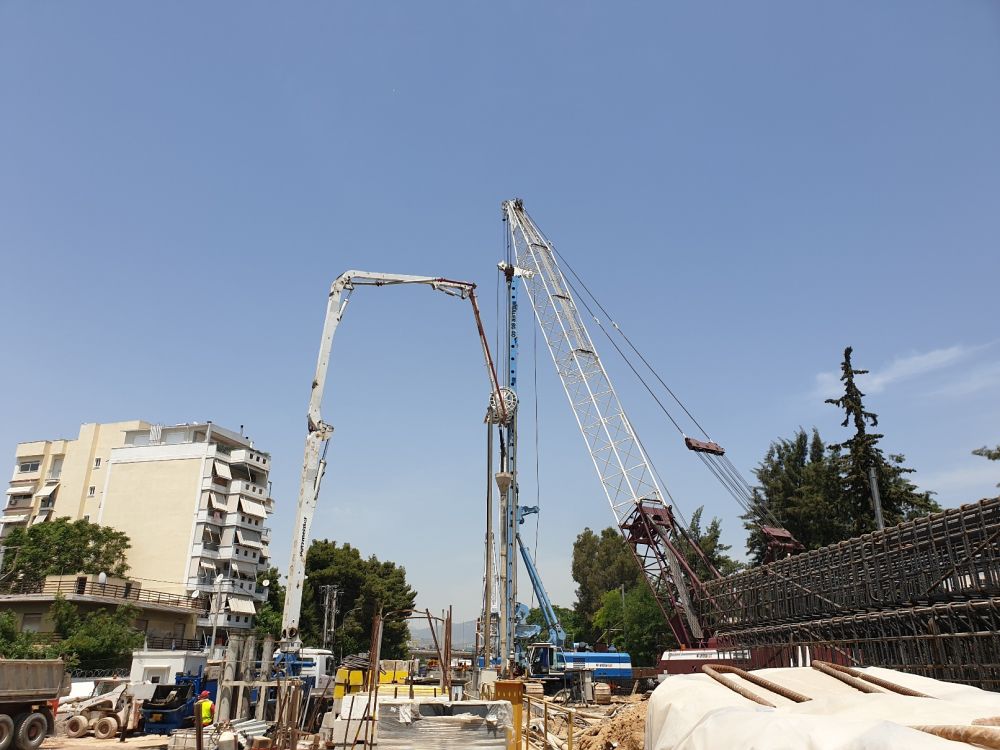 Timetable of the project

The undergrounding work that started will be done with digging machines. Today, the estimate that exists is that in 2023 the first tunnel (the western one) will be delivered, which with two lines will fully restore the traffic of trains to and from Athens / Piraeus. This will allow the dismantling of the eastern line (the one currently operating) to begin and the construction of the second tunnel, which will also have two lines, to proceed. Its completion, with the current data, is placed at the end of 2024.

The project of the Sepolia railway tunnel is the undergrounding of the lines from the Athens station to the 3 Bridges and the increase of the capacity from 2 today to 4 lines. In the southern part it will “connect” with the railway station of Athens and in the northern part with Agioi Anargyroi which also operates a double tunnel. In fact, this new tunnel undergrounds the entire urban part of the railway north of the Central Station with an underground quadruple line with a total length of 4.5 km.

The project is considered one of the most complex because it is being built in a densely populated area, one of the oldest in the city. The biggest delays are located in the movement of OKOs (utility networks) since for each relocation the network needs to be mapped, the costing of its relocation by the companies, the approval by ERGOSE and finally the work to be moved by these companies.

If we imagine the number of networks that exist (water supply, sewerage, fiber optics, electricity, gas, etc.) it can be understood how complex this contract is. Also in this project, due to its location within the city center, many other bodies are involved in the various approvals such as the Municipality of Athens, OASA (for relocation due to the occupation of a road section), the decentralized administration, the Traffic Police, etc.

A great intervention for Athens

The project, as mentioned above, is entering its most mature phase and we are talking about a contract which is not a simple railway project with a length of 2,300 meters, but at the same time an urban regeneration that will change the image of the area. In place of the current lines, a linear park will be created in which landscaping will be done with the creation of parks, playgrounds, bike paths, small stadiums, an open small theater, etc.

The project employs 8 archaeologists and according to executives of the consortium, finds have been found (an ancient wheat tank and water supply networks) and the approval of the competent archaeological service is expected to proceed with the work. There is also a public information office where residents can be informed about the progress of the projects. “The residents are waiting for the project and we are cooperating excellently, they know that the project will change for the better and improve the area that will be transformed,” note ERGOSE engineers.

The cost of the project reaches 150 million euros and the funding is covered by the Connecting Europe Facility. Projects continued throughout the covid-19 pandemic. In total, more than 100 employees are currently employed.

Piraeus port – Athens Airport via metro: a major breakthrough for both cities