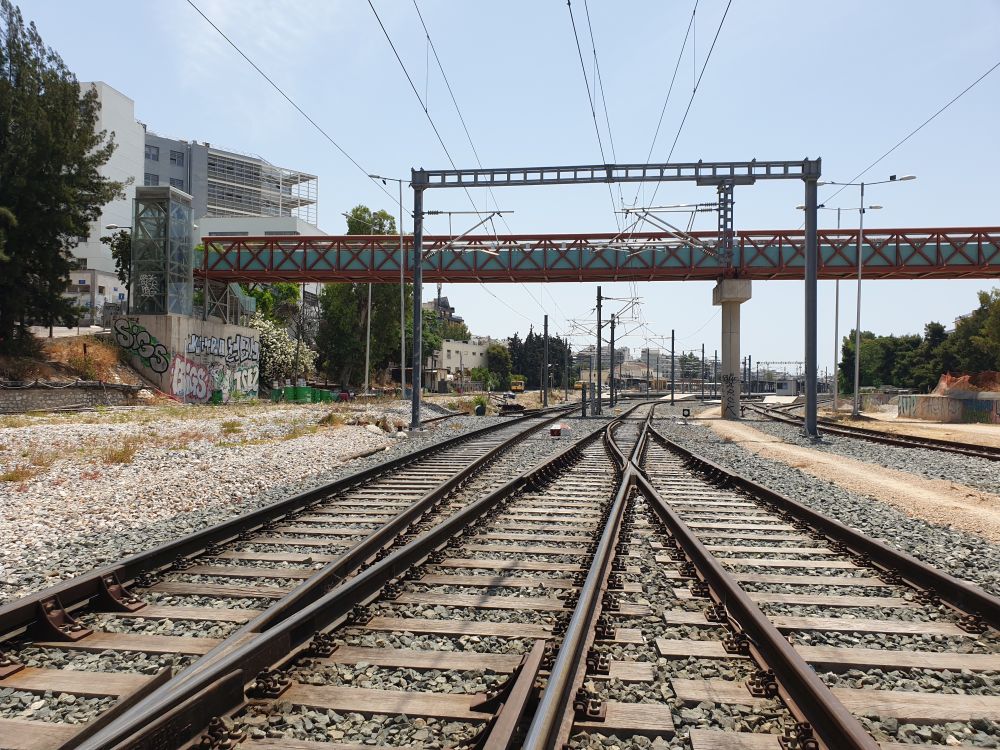 The large technical company undertakes the project with a discount rate of 11.2%. The tender for the project was held on November 1st and on the 5th of the same month the bids were unsealed.

For AVAX it is another railway project after the signaling project in the Thessaloniki-Eidomeni section that has been started in collaboration with ALSTOM since the beginning of March. AVAX participates in all six major railway projects through the competitive dialogue process tendered by ERGOSE.

The duration of the project is 36 months, so if there are no delays and after the necessary tests of the system, the electrified -as of now – Paleofarsalos-Kalambaka line will be operational at the beginning of 2026.

The cost of the project with the corresponding VAT is 72.8 million euros. The financing of the project begins while being covered by the NSRF 2014-2020 and is expected to continue with the NSRF 2021-2027 through the Operational Program “Transport”.

In the construction of an electronic signaling system with remote control from the Larissa traffic control center for the signaling security of the line as well as in the installation of an automatic ETCS train protection system of level 1 line (level 1). of the R.S. line Paleofarsalo to R.S. Kalambaka.

– In the construction of the necessary telecommunication systems.

– To complete the fencing of the railway line.

– To the addition of a needle rolling system (roller bearings – roller) to track changes that will be integrated into the signaling system.

– In the construction of railway line infrastructure and superstructure with the conventional method of screed (railroads on screeds) in the area of ​​Sofades, where a 650m long overpass line (bypass) will be constructed (km position 14+250 – km position 14+900 approximately).

– In the construction of a wharf in the area of ​Sofades to serve the public, of corresponding dimensions to the existing one and in the installation of lighting and two elevators on the existing pedestrian bridge.

– In the renovation or small-scale repair works in the areas of the existing buildings of the R.S. Sofadon, Karditsa, Trikala and Kalambaka, where the necessary signaling and electrification equipment will be housed. The planned works mainly concern internal configurations and adjustments, maintenance and restoration of coverings, finishes and insulation, replacement of frames and E/M installations.

– In the installation of electric heating of track changes in the changes of R.S. Palaiofarsalo with their supply from the Aerial Contact Line.

– In the replacement of 38 existing ALCSs and the addition of an additional ALCS to the h.th. 61+250.

– In the CE verification of the “energy” and “control-control and signaling” subsystems of the S.S. line. Paleofarsalo to S.S. Kalambakas

– In the CE verification of the sub-system “infrastructure” for the 650m long overpass line (bypass) and the dock at R.S. Sofadon.

– In the submission of technical files that will accompany the above verifications, on the basis of which the Railway Regulatory Authority (RAS) will grant the approval to put the relevant subsystems into operation. The contractor is obliged to provide any clarification or additional information requested or to complete the submitted files, if required by RAS, at no additional cost.

The total length of the axis of the existing single railway line Paleofarsalos – Kalambaka is 80.4 kilometers.