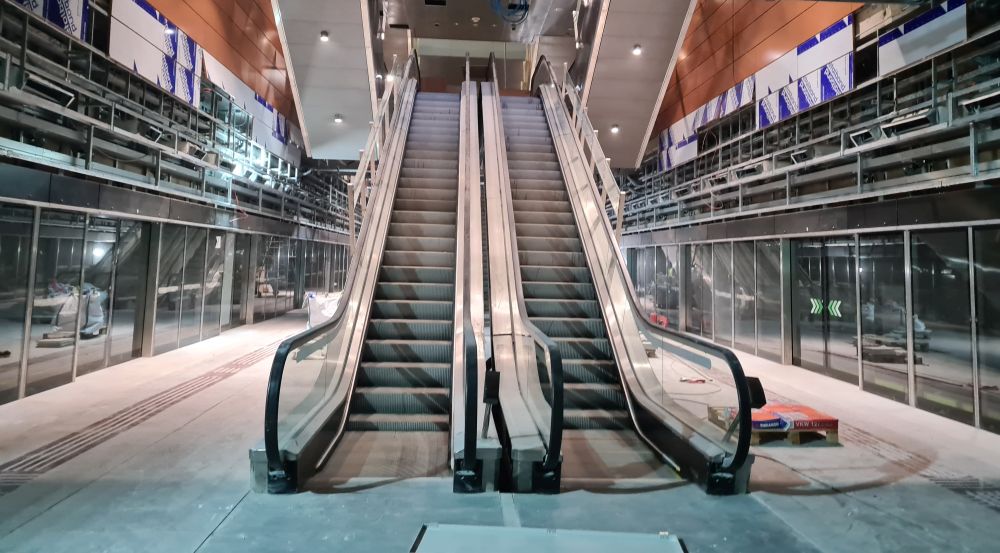 The arrival of 2023 in the world of infrastructure means a lot as it is expected to be further strengthened, but it also means a lot for Thessaloniki. The year is a milestone for the operation of the main line of the Metro, a project which has gone through literally 40 waves.

The problems that existed with various issues with the main construction of the Venizelos station may have been solved (due to the antiquities found there in 2013 and since then until August 2022 the work had stopped), but we are now in a race to be able to complete the construction part.

Thirteen stations, a depot and an additional five stations for the extension to the east have taken over the city, and the construction, instead of being a celebration of the upgrading of Thessaloniki, has become a constant stressful experience.

Time is not an ally and it will take a sustained sprint to achieve not only completion but also the long-awaited launch of the baseline. To do this 10+1 milestones or steps will need to be achieved to reach the day when the city will celebrate the start of commercial operation of its own Metro. But what are they?

Step 1: To complete the civil engineering works at the Venizelos station. Today the excavation has been completed (it reached up to -40 meters), the double tunnel was opened, the foundations were built and the construction of the dock level as well as the side walls started. The bet is that these projects will be completed in April.

Step 2: To complete the infrastructure (that is, the lines) at the point where the tunnel was opened in Venizelou (and which will be closed again after the completion of the construction of the level of the docks) and the basic electromechanical systems. The target is also April.

Step 3: Start testing the trains (first in manual and then in driverless mode) along the entire length of the line, from the Depot to the New Railway Station. Today, due to the obstruction of Venizelos, we have tests on the wires from the Train Station in Pylaia to the Fountain. This will be the biggest step for the Metro, for the first time on the main line, trains will run along the entire length of the line, that is, we will be able to claim that it “works” in its entirety. The target is also April in order to have the necessary time to complete the period of complex and necessary testing of the trains.

Step 4: Begin the gradual relocation of the antiquities at Venizelos station. This can be done with the completion of the station’s supporting body and the goal is to have this process started in the Spring.

Step 5: Complete the installation of electromechanical installations in all stations and in the depot.

Step 6: To complete the stations – except for Venizelos – in September, with the Agia Sophia station as the last.

Step 7: Complete the tender – PPP for the operator of the Thessaloniki Metro. This international competition has been announced ahead of time and he will need to run at full speed to be able to reach the milestone. A potential problem may be legal appeals, as happened in Venizelou.

Step 8: Render all roads and surfaces occupied by the construction site. It will be the first time that the city will be able to acquire its former form – with the addition of the Metro – in 15 years. It is estimated that this can be done in the early autumn.

Step 9: To fully complete the 13th station of the main line, VENIZELOS station. It is estimated that it will be completed by the end of Autumn.

Step 10: To complete the test routes and to install cancellation machines (with entry-exit gates) at all stations. This is the last step that, together with the Contractor that will result from the Liturgy tender, will lead us to the opening of the Metro, 18 years after the signing of the construction contract. The big goal is to start commercial operation at the end of 2023.

Which stations will be operating?

Step 10+1: After the operation of the basic line, the last step will be the completion of the 2nd line, the extension to Kalamaria which will finalize the first phase of operation of the Thessaloniki Metro network. The aim is to achieve this in the summer of 2024.

The 2nd line will have common stations with the 1st line from N.R. Station to March 25 station. There it will branch off to the south-east with the stations NOMARCHIA, KALAMARIA, ARETSOU, NEA KRINI, MIKRA. The projects are carried out by AKTOR. The Independent Engineer of the project is SALFO.

The completion and operation of the baseline have other challenges to overcome beyond the project. The pre-election period can mean lower rates, which is common in our country. Also, that there are no last-minute surprises, we have seen them happen in the past in Metro projects in Athens.

What is fundamental for the city itself is to be able to celebrate the launch of the Metro on time which will give it other development possibilities and help ease traffic, urban commuting and ultimately the city’s quality of life.