The Athens Metro is growing and new extensions are already being planned, with many new areas entering the expansion plan of Athens’ favorite means of transport.

With 4 decisions of the Ministry of Infrastructure and Transport, the studies for the new extensions to Glyfada, Kallithea, PYRKAL and Petroupoli were included in the planning of Attiko Metro. With this decision, the studies will be financed as part of the SDP INFRASTRUCTURE AND TRANSPORT 2021-2025. In some of these studies are already underway (implementation or design) and other extensions and lines are in the study and development stage.

However, this means that the Metro expansion plan is moving forward and the news is good news for the residents of many areas, which are currently considered “cut off” from fast and sustainable public transport.

The new Metro extensions to the Western Suburbs

In addition to the first part of the new Line 4 “Alsos Veikou – Goudi” which has already started to be constructed, the future extension of the line towards the West is planned.

This extension, costing 600 million euros, will continue from Galatsi to Petroupoli with 6 new stations:

For this extension, the topographical works have already started and the geotechnical studies will soon follow. 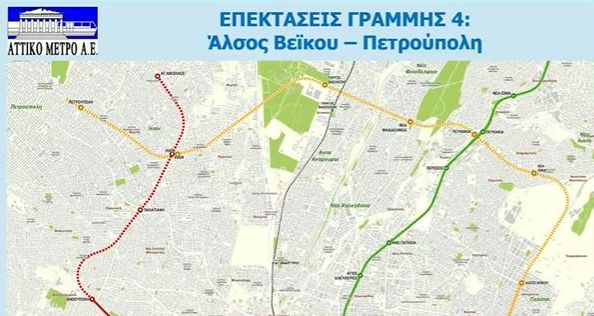 In addition to Line 4, the expansion plan to the West also includes the extension of Line 2 to Ilion.

The new extension, 4 kilometers long and costing 350 million euros, will continue from Anthoupoli to Ilion with 3 new stations, while a further extension with 3 more stations is planned to serve the residents of Kamatero, Ano Liosia – Zephyri and Acharnes (Menidi ).

For the latest expansion, surveying will begin soon in these areas as well.

The new Metro extensions to the Southern Suburbs

In particular, Line 1 will continue underground from Thisio station to the Stavros Niarchos Foundation Cultural Center.

It is expected to serve 65,000 passengers daily and have 4 new underground stations:

The object of this deed is the preliminary studies, i.e. the topographical, geological and geotechnical studies that will lead to the creation of an underground branch of Line 1 from Petralona Station to Kallithea and Faliriko Delta (SNFCC), approximately 3.5 km long with 3 underground stations. this extension, the transport documentation study of the project has already been completed and the topographical and geotechnical works and surveys are expected to be tendered. The studies are financed with 1 million euros.

In the next phase, this extension will continue towards Paleo Faliro along Amphithea Avenue.

Regarding the extension of Line 2 to Glyfada, it will have a total length of 4.4 kilometers and will include 3 new stations:

It is expected to serve 57,000 passengers daily and the budget of the project amounts to 300 million euros. The object of this Deed is the preparation of the Preliminary Studies and the Preliminary Study regarding the construction of the extension of Line 2 from Elliniko to the center of Glyfada, 3.6 km long. approximately with 3 underground stations. The studies are financed with 3 million euros.

The object of this Act is the preparation of the preliminary study for the section of Line 4 “Evangelismos – A. Ilioupoli”, 3 km long with 3 stations. The study of this project includes all the technical subjects of Metro project studies, such as: architectural studies, static studies, geotechnical studies, ventilation/air conditioning studies, weak current studies, traction power supply studies, railway infrastructure and infrastructure studies, signaling studies, etc. .a., at the preliminary study level. The studies are financed with 2 million euros. 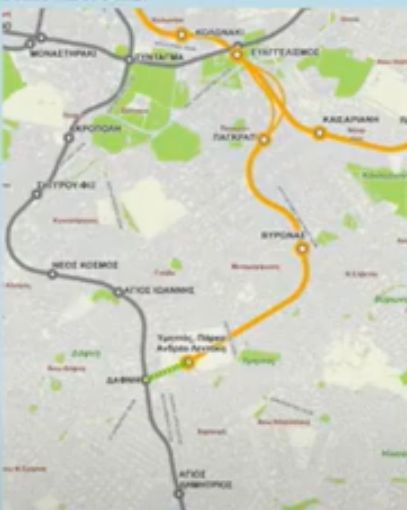 Athens Metro: the new extension to Piraeus is the most important one in decades