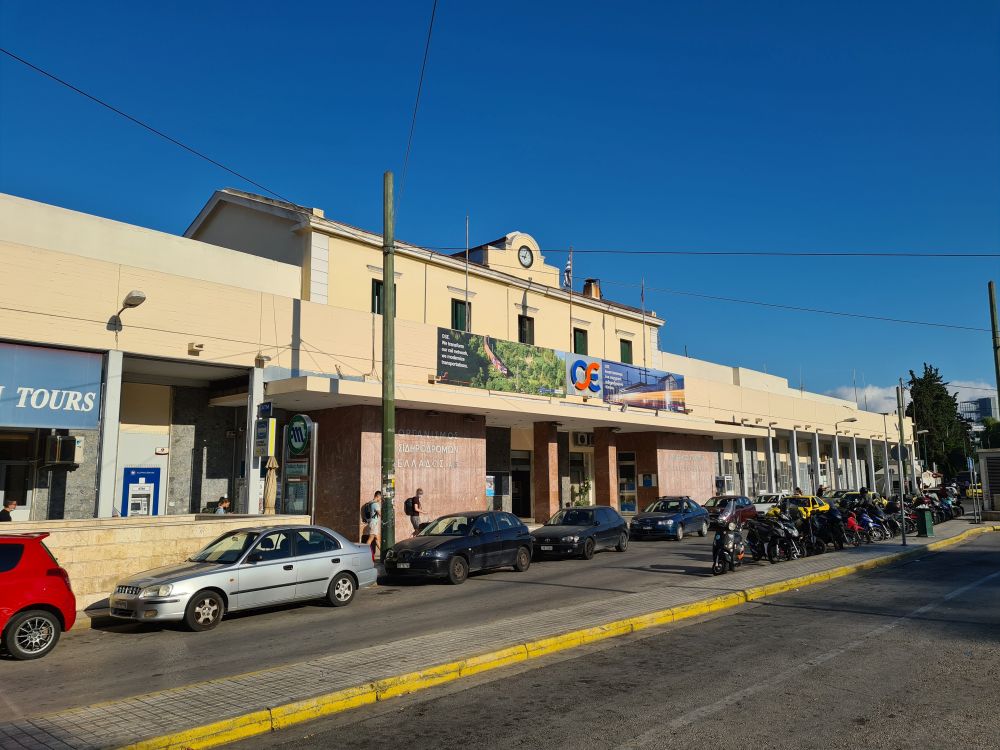 The penultimate step before the start of the works was taken yesterday for the big project that concerns the second phase of the Athens Railway Station. The project was presented to the production committee by the Minister of Infrastructure and Transport, Costas Karamanlis and the President and CEO of ERGOSE, Christos Vini.

Now, in the tender process, there is nothing left but to submit the necessary documents from the contractor INTRAΚAT-RAILWAY PROJECTS, to set the date and to sign the construction contract.

Karamanlis: The end of the fragmented contracts

Mr. Karamanlis pointed out that the Government is trying to solve an affliction that was common in the railway projects for many years: The fragmented contracts.

He explained that “unlike the railway works that are being done in the rest of the European Union, here was the “playground” of the contractor. That is, another did the superstructure, another did the infrastructure, another the telecommunications and remote control systems and after all these contracts they had to get “married” to make the projects operational. We are trying to solve these afflictions “.

He reminded that the Ministry of Infrastructure, after two years of negotiations with the Directorates-General of the Commission, it managed to change the way of tendering the railway projects, which will now be done through the study process.

This means, as he stated, that “all these contracts are ‘getting married’, it no longer has fragmented contracts” and in essence the railway projects auctioned on December 31, 2021 “are ‘turnkey’. This process will save us at least four to five years. “These projects will eventually be able to be completed on schedule, unlike other railway projects that come from the past.”

Mr. Karamanlis also explains that some railway projects have a “tail from the past”: “Some contracts are running. “We can not cancel them and start from the beginning because that was problematic and did not serve the public interest.”

The tender is completed with quick steps as it had started 7 months ago, on November 1, 2021. Through the tender process, the INTRAΚAT-RAILWAY PROJECTS prevailed with a discount rate of 7.5%. It is the second railway project undertaken by INTRAΚAT after that of electrification in the Larissa-Volos section which is under construction.

This project solves a major operational and practical problem as the Athens Metro will be connected to the Central Railway Station of the capital. The underground connection of the Metro station “Larissa Station” with the Railway Station will stop a paradox of two decades. Since the start of the operation of the Metro, no exit of elevators has been shown, resulting in the inconvenience of passengers with suitcases to and from the train station.

ERGOSE, which is the contracting authority, is proceeding with the implementation of the contract, which includes the construction of three new docks, the installation of electric motors and important works in various parts of the station. The projects do not include any upgrade of the station building as this will be done as a separate project, most likely by GAIAOSE.

The cost of the project amounts to VAT 42.14 million euros (amount without VAT 33.99 million euros). The duration of the project is estimated at 30 months from the day of signing the contract and if there are no delays the new image of the lines and the underground connection with the Metro will be achieved by 2025. Then there will be a 36 month maintenance period of the project .

The project is funded by the NSRF 2014-2020 through the Operational Program YME-PERAA and will be completed as a bridge project by the NSRF 2021-2027.

It should be reminded that since 2017 at the Athens Station there are modern docks with electric drive, on the right side of the property, but the general picture of the most important station in the country is clearly lower than modern standards and we see it in other European capitals. .

In essence, with this new contract, the “railway” of the station will have been completely renovated and modernized and what will be left is what will happen with the building which can not meet the modern needs of a modern railway terminal.

The object of the works

Briefly, the subject of the project under auction concerns:

– Completion of the construction of the large underground pedestrian crossing of R.S. Of Athens around the 10th Kilometer under the new piers under construction No 1, 2 & 3 including the shell of the shops inside the underground passage, the stairs, the escalators, the elevators and the connection with the “Larissa” Station of Attiko Metro SA.

– Construction of the South entrance of the R.S. Athens and connection with the Attica Metro. For the construction it is required for the demolition of part of the existing building of the SS to be preceded and restoration of the side of the building after the necessary interventions as well as demolition of the stone wall along Diligianni Street – Kleidouhio (building No. 3 – end of dock 1) and construction of new fences along Diligianni Street length of line No1 from technical road Pelopos to docks.

The projects also include a sewer, an entrance ramp from Kon / poleos Street (paving, lighting). construction of three new metal upper pedestrian crossings, underpass on Sepolion Street in order to complete the infrastructure works on the railway corridor and the smooth installation of the superstructure and the electric drive.

Papanikolas: The Patras-Pyrgos project has begun and will be delivered as soon as possible

The Ellinikon: the new contract for the Integrated Resort Casino has been signed – Construction to commence in 2023