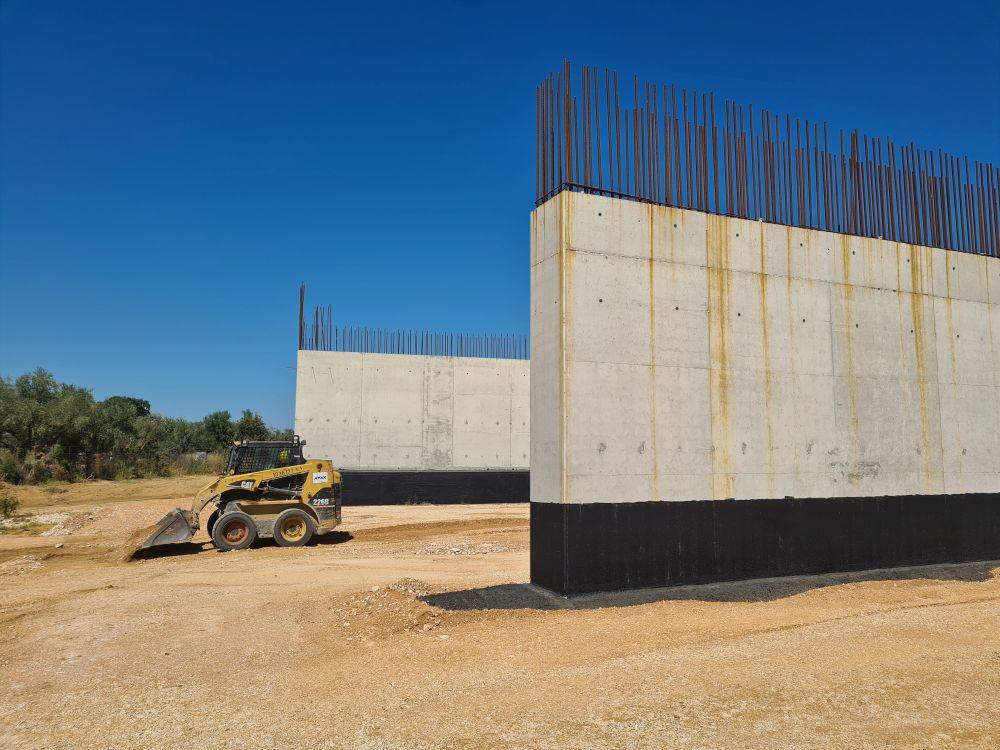 The Chief Executive Officer, Panagiotis Papanikolas, gave important information on the progress of the works on the Patra-Pyrgos highway from the radio frequency of ERA PYRGOU. Through Dimitra Anargyrou’s show, he talked about the projects, the employment, the schedule, while also shedding light on the studies that started for the section up to Ancient Olympia (Archaia Olympia).

As Mr. Papanikolas said, the projects have started and are running at an intensive pace and today the projects have reached 10%. “We had a very good summer period on the project, and until today we are ahead of the schedule, it is of course early, we have a long way to go but we are optimistic that the times will be met” he noted.

Regarding the first 12 km from Mindilogli to Kato Achaia, where the works are being carried out parallel to the road that is in traffic, Mr. Papanikolas emphasized that “we are the best at this, with the same conditions we built Corinth-Patra, it needs special attention and patience”. For this section, the head of Olympia Odos stated that there are some outstanding issues with the delivery of some small sections, the movement of some camps.

Regarding the revaluation of materials and fuel, it was noted that the consortium is in consultation with the Ministry of Infrastructure, the issue is on the table and that for now it has not affected the progress of the works. “We are closely monitoring the issue of prices that may affect the development of the projects”.

A boost of employment

A total of 1000 people are expected to be employed in the construction of the Patras-Pyrgos motorway, giving a development boost to the entire region. Regarding the schedule, Mr. Papanikolas said that the Kato Achaia-Pyrgos section will be delivered in March 2025 and the remaining 12 km Midilogli-Kato Achaia will be delivered 4 months later.

The motorway will have the same characteristics as Corinth-Patra, but also the same services. There will be 2 SEAs, in Kato Achaia and near Pyrgos.

The Olympia Odos powerful man, also revealed that the Ministry of Infrastructure and Transport has ordered studies to begin on the Pyrgos-Ancient Olympia (Archaia Olympia) section to carry out road safety works. However, as he noted, when the next Pyrgos-Alfeios section, 12 km long, is built, there will be a junction that will further reduce the distance to Ancient Olympia. It will be a new road essentially like a Ringroad of Pyrgos.

For the road safety project of the National Road of Patras-Pyrgos, a contract of the Ministry of Infrastructure (executed by AKTOR), Mr. Papanikolas said that drivers should respect the road signs that have been installed, be patient and as he rightly said “it doesn’t matter if we arrive 10 minutes later at our destination, as long as we arrive safely.

Egnatia Motorway: progress with the pending issues, concession contract to be signed in 2023