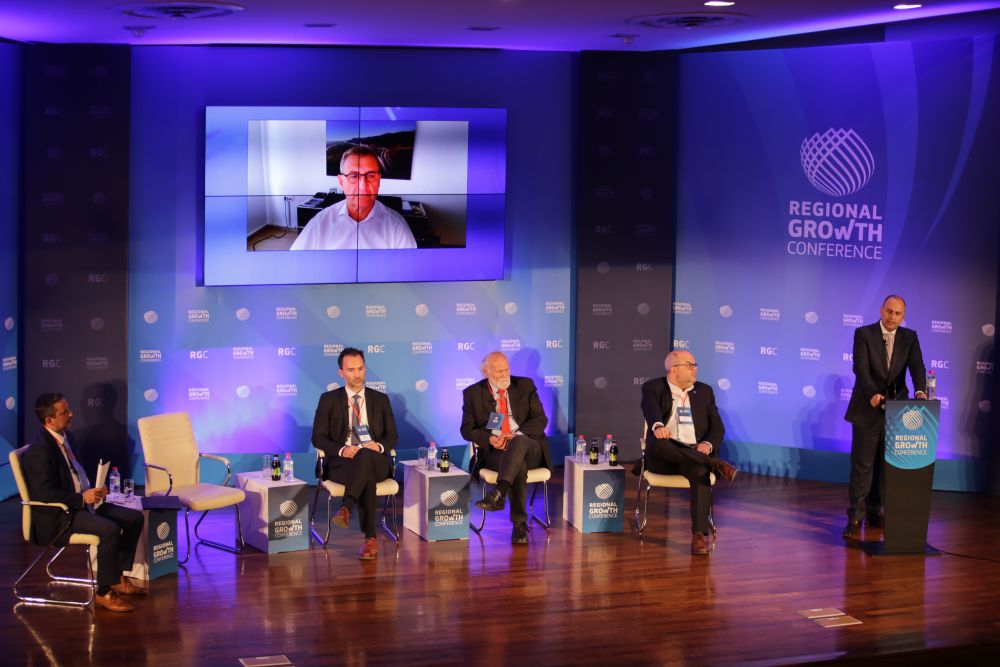 The CEO of Olympia Odos Panagiotis Papanikolas spoke at yesterday’s panel of infrastructure at the 10th RGC in Patras about the construction of Patras-Pyrgos, the challenges and the great change that users will experience.

As he mentioned, the three construction sites have already been installed and an effort is being made to take advantage of the summer season. Regarding the timeline of completion of the project, he mentioned the first half of 2025 and stressed that “from our side we will exhaust the margins so that the project is delivered as soon as possible” while noting that the largest part will be delivered in 2024.

The head of Olympia Odos also mentioned the difficulties in the field of construction due to the global situation. He spoke about the increase in the cost of building materials, which creates a lot of pressure, the war in Ukraine, which – in addition to other hardships – brings additional increases. “The whole scenario is bleak, but we want to look at things with optimism and we believe that all together, the State and large infrastructure companies, we will be able to overcome the difficulties and be productive, give jobs and make a ‘game change’, to put it in football terms “as he characteristically said.

Mr. Papanikolas noted that “the construction and operation of the new Patras-Pyrgos section, 75 km long, is a great challenge, which we undertook in order to repeat the successful example of Corinth-Patras, where from the day the project began in 2008 to date, fatal accidents have been reduced by 93% “.

In Patras-Pyrgos, the old, dangerous road will give way to a comfortable and safe highway that will reduce travel by about 40 minutes, improving the characteristics of the road. In fact, the Board of Olympia Odos said that Olympia Odos fulfilled its commitment to society and brought a revolution in domestic travel with the Hybrid kilometer charging system, which it first implemented in Greece.

Mr. Papanikolas also gave some statistics for the operation of this new system: Indicatively from 1.1.2021 until today we have:

– € 1,750,000 is our financial investment (that much our customers paid before the Hybrid for distances they had not traveled).

According to him, it is a fair, innovative system (electronic portals without bars) and with a strong positive impact, social and environmental, as it uses free-flowing technology that improves the driving experience and helps reduce gaseous emissions. The system will be available from the first day of operation of the integrated Patras-Pyrgos.

There will be 2 front toll stations, in Kato Achaia and Chanakia before Pyrgos and in between 12 Hybrid Gates at the junctions of Kato Achaia, Barda, Gastouni and Amaliada that will implement the debit system through the OLYMPIA PASS transceiver. The charging zones are Mintilogli-Kyllini and Kyllini-Pyrgos.

He even gave an example: If someone travels the route Midilogli-Barda in the first zone, ie does not reach Kyllini, he will be refunded the amount of 0.75 € for the section Varda-Kyllini and finally instead of 3 € – which is the charge of the whole zone – will pay 2.25 €.

Respectively, if someone enters the highway from Gastouni to go to Pyrgos, the Killini section – Gastouni (€ 0.50) will be automatically returned to the transceiver and so instead of € 1.80 – which is the charge for this zone – he will pay € 1.30.

At the same time, from the junction of Rio to Kato Achaia, a zone of 25 kilometers free of tolls has been created especially for the service of the industrial area and the professionals of Western Greece.