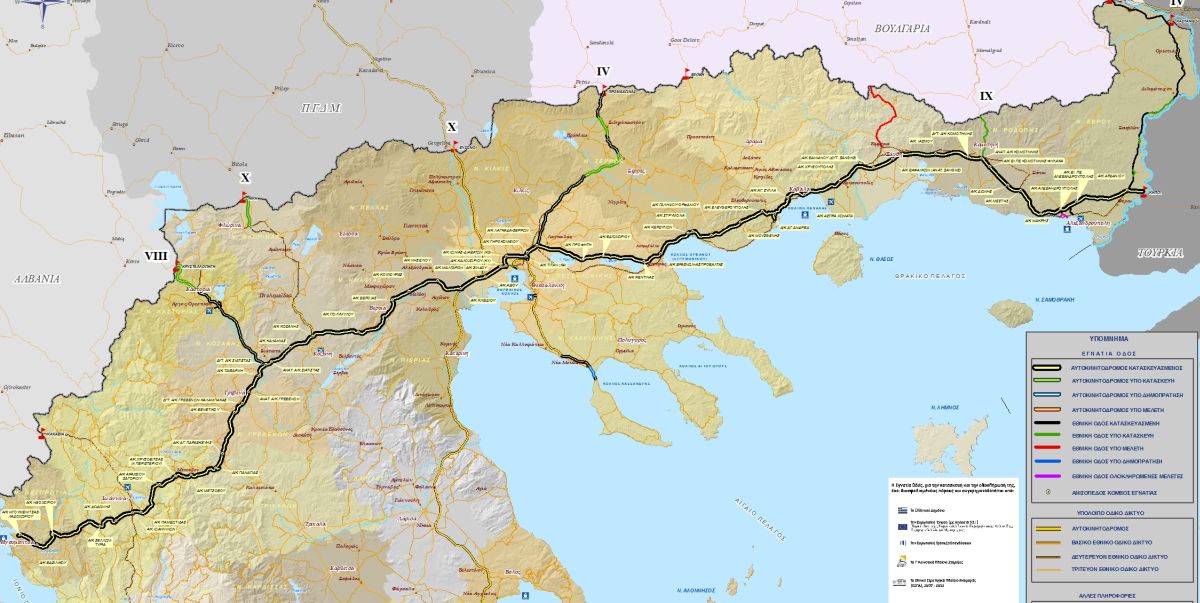 OMEK, in a joint venture with AECOM, take the position, according to information, of Independent Engineers of the projects that will be materialised as a concessionaire by the GEK TERNA Group on Egnatia Odos.

In terms of the project itself, the agreement between the Greek-French consortium GEK TERNA – Egis Projects and the HRDH corresponds to the highest price ever paid for an HRDH asset and is one of the largest private equity investments ever made in our country in the last decade.

What the Greek-French consortium undertakes for a period of 35 years is a road axis, 658 km long, with full access control and a divided road, which has already been built and is in operation.

It extends from Igoumenitsa to the Gardens of Evros. It also includes three vertical roads, with a total length of 225 km, which are connections of the Egnatia Highway with neighboring countries (Albania, Northern Macedonia and Bulgaria).

27 years ago, OMEK in Joint Ventures with Thales and Lahmeyer had undertaken the pioneering services of Construction Manager in the projects of the Western Axis of the Egnatia Odos, the only Greek company at that time as the main partner.

The projects in which OMEK offered its services, lasted from 1996 to 2004 and concerned a 115 km long Highway including 58 km of tunnels, an enormous size and not only for that time. It is noted as a measure of comparison that the Central sector had 36 km of tunnels, ie only 60% of the Western one. It is worth mentioning that until then in Greece there were tunnels built with a total length of about 3 km (!!!)

An interesting element that is expected to emerge during the maintenance of the constructions, both heavy and light, is the comparison of the Western Section supervised by OMEK with the other two sections of the Motorway (Central and Eastern).

The most important projects

TERNA, a member of the GEK TERNA group, will undertake all the new infrastructure projects provided for in the contract, which are estimated at approximately 720 million euros during the first period (five years of studies – constructions), all the heavy maintenance projects of the highway, the interventions in the tunnels and a significant price of the minor maintenance and operation works as well as all the works required for the upgrade of vertical axes such as the upgrade at highway level of the sections Halastra – Polykastro of the vertical axis Halastra – Evzoni and Christos – Kato Ambela Thessaloniki – Serres – Bastion of total length 54 km.

The final road construction study in the section Chalastra – Polykastro of the vertical axis Chalastra – Evzoni envisages the construction of the second branch of the section “Uneven Junction (U / J) Axios – U / J Polykastro” length of 44.1 km, so that the highway acquires in its entirety intersection with two lanes and Emergency Lane (LEA) in each direction.

The final road construction study in the section Christos – Kato Ambela of the vertical axis Thessaloniki – Serres – Promachonas envisages widening of the existing road, 10.2 km long, in order to obtain a cross section of 22.50 meters with LEA and a design speed of 120 km / h. and upgrade of the three existing nodes.

The assumption of the concession of Egnatia Odos marks an extremely positive and important in many ways development for the GEK-TERNA Group and its shareholders, as the Group includes in its ever-expanding portfolio of concessions the largest highway in the country and one of the largest highways in Europe.