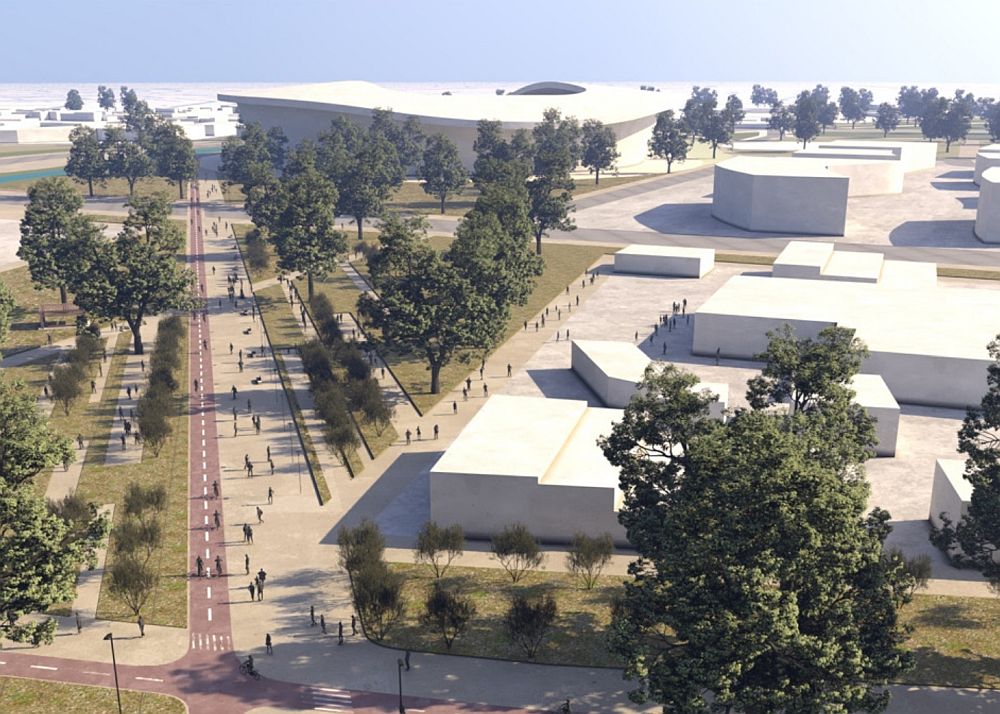 The tender for the new stadium of Panathinaikos will start soon, while on Friday the environmental conditions for the entire Double Regeneration were also approved.

As announced by the Minister of Development and Investments, Adonis Georgiadis, with his relevant notification on Twitter “… also yesterday [30/9] the Environmental Impact Study for the Double Regeneration was approved and the tender for the PAO stadium is starting!”.

Specifically, the competent department of the Ministry of Environment and Energy approved the amendments to the Joint Ministerial Decision concerning the Double Regeneration of Votaniko and Alexandra Avenue (including the new Panathinaikos stadium).

According to the decision above, the new stadium will have a maximum capacity of 40,000 spectators.

The parking spaces at the stadium will be 325 (in the relevant P.D of 2013, the construction of underground parking spaces with a maximum capacity of 450 cars is provided), while the spaces required during football matches are 1,807.

Taking into account the 125 spaces provided in the building of the Amateur Panathinaikos, the remaining 1357 spaces will be filled with parking spaces in the OT. 45a or within properties at a distance of up to 200 m from the intervention area.

The estimated timetable for the new stadium

According to reports and people who are aware of the procedures, the international tender will be announced in October for the selection of the contractor who will build the new stadium in Votaniko.

The tender is expected to be completed and the contractor selected by 2023.

The next important step is the licensing process which, if it proceeds quickly, can be completed by the end of 2023. It is noted that there is already an old building permit which, however, needs to be renewed.

Athens Metro: new extensions to the South and West of Athens in the pipeline – Studies to commence shortly