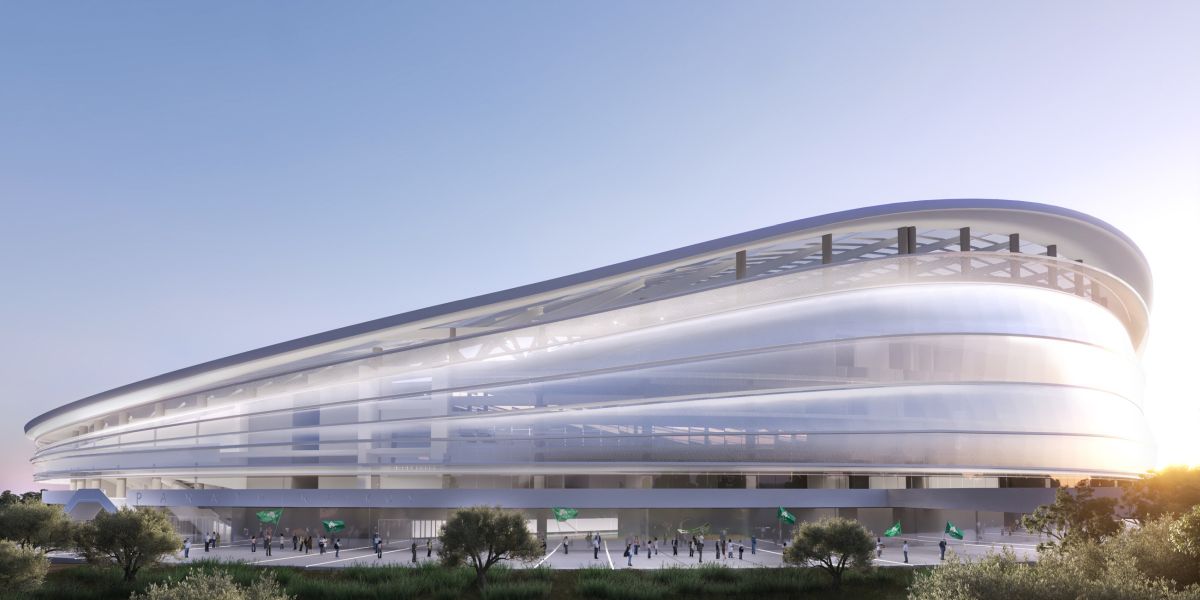 The tender for the construction of the new Panathinaikos stadium was forced into a second protraction. According to information from ypodomes.com, the Municipality of Athens proceeded with a 15-day prolongation of the tender process, specifically from today, the 12th of the month, to January 27th. Three days later, on the 30th of the month, the tenders will be unsealed.

The reason the extension was given is a general technical hang-up that exists in the technical world. More specifically, since the end of the year, the degrees from the 3rd to 7th grade companies have expired. The solution will always be given according to the same information with an amendment that will be passed next week by the Parliament.

In fact, for the Municipality of Athens there was no alternative but to give an extension of two weeks in order to have the necessary time to settle the matter. Let’s remember that initially the competition was announced for December 13th and got a first extension for January 12th.

The new stadium has been the dream of the fans of the “greens” for decades, but it is also related to the double reconstruction of Votanikos-Alexandras. The Commissioning Authority of the project is the Municipality of Athens. With the completion and operation of the new stadium in Votanikos, the current stadium on Alexandra Avenue will be demolished. The area there will be regenerated and shaped into a new large square, a green lung for the area.

Essentially, the PIP will cover the construction of the stadium and the Recovery Fund, the urban regeneration of the former industrial area of Votanikos / Eleonas – Projects of landscaping and common areas in the area of Double Redevelopment and the Naval Fort in the area of Eleonas.

The duration of the projects is set at 36 months. In practice, the big goal is for the new Panathinaikos stadium to be operational in 2026 for the 2026-2027 season. The major groups of the country are expected to participate in the competition, while the possible participation of companies outside the borders will be of interest.

The project is one of the largest in the history of the Municipality of Athens and is part of the Double Redevelopment. In the next period, two additional projects related to the creation of network infrastructure (roads, pedestrian paths, drainage, electricity, telecommunications, water supply, etc.) and the general regeneration of the intervention area are expected to be auctioned.

The subject of the awarded public project contract is the simultaneous study and execution (construction) of the project entitled “CONSTRUCTION OF A NEW FOOTBALL STADIUM OF PANATHINAIKOS IN VOTANIKO”.

For the construction of the project in question, the intended functional requirements and applicable specifications will be taken into account.

Also, the project is subject to environmental commitments according to the approved EIA.

In summary, the projects to be studied and built under the contract entitled “CONSTRUCTION OF A NEW SOCCER FIELD OF THE PANATHINAIKO IN STON VOTANIKO” are:

(a) The stadium itself (foundation, concrete etc.)

(b) The architectural and not only equipment of the field (roof, perimeter shell, etc.).

(c) The electromechanical facilities of the stadium (water supply, drainage, weak and strong currents, other electrical and mechanical equipment, etc.)

(e) Any necessary temporary traffic regulations during construction of the works.

The Object of the Project also includes the following: