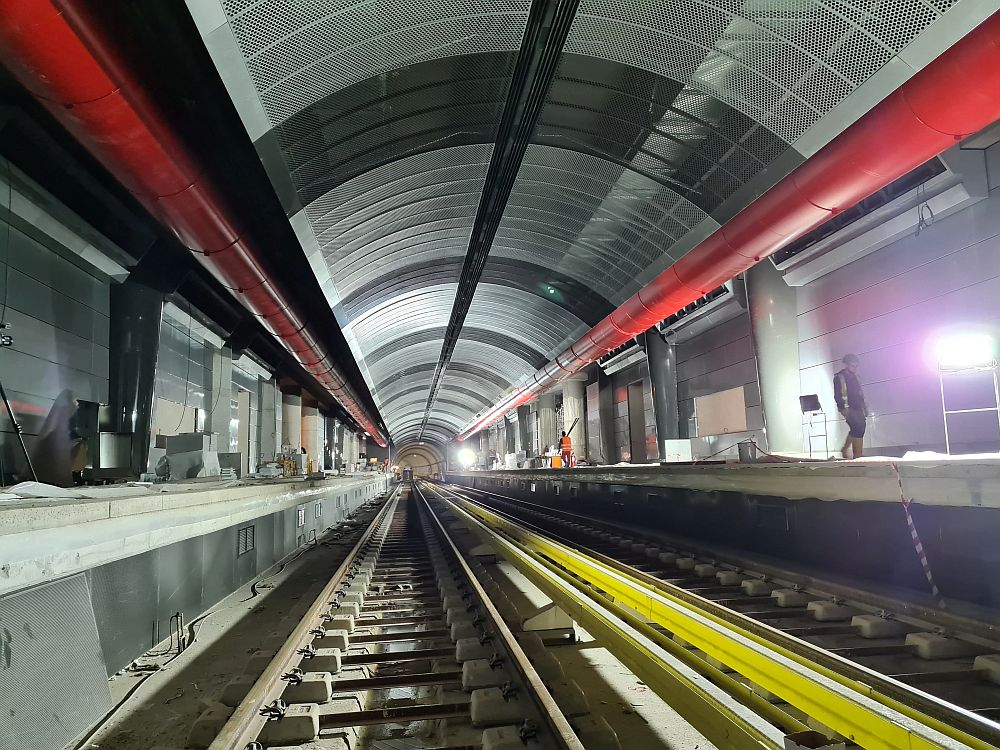 The first tests have started about 3 weeks ago. Intensive meetings are held between Attiko Metro, STASY and contractors (AVAX, Alstom, Siemens etc.) to ascertain the progress of the projects.

Regular test runs will start on July 31 and will be run with continuous tests to establish the integrity of the lines and systems. STASY announced in a statement that for this reason from July 30 to August 7 and during the two-week period 27-28/08/2022, the Metro stations “NIKAIA”, “KORYDALLOS” and “AG. VARVARA” will remain closed and Line 3 will operate in the “AIRPORT – AG. MARINA” section.

The trains will run continuous test routes from the Agia Marina station to the current NIKAIA terminal and then passing through the new MANIATIKA, PIRAIAS, DIMOTIKO THEATRO stations to connect the extension with the previous 3 stations and by extension with the network. The most important element that will be examined is the systems that ensure the smooth operation of the new extension.

The race that is taking place at this time in terms of work concerns the collection and cleaning of the stations that are feverishly preparing to welcome the first passengers in the near future. Let’s remember that the projects are carried out by the AVAX-GHELLA-ALSTOM scheme.

At the same time, in the port of Piraeus, at street level, above the PIRAIAS station, intensive works are being carried out to return the road to traffic in the section from Kapodistriou to Proastiakou station.

This part of the road had been closed since 2015 in order to build the station with a parallel road bypass inside the port so that the road circuit in the area could function adequately throughout the duration of the works.

The 3 new stations are expected to change the traffic data of the city. MANIATIKA station is located in a particularly densely populated area and is extremely close from Keratsini.

The station PIRAIAS is located almost below the current station of line 1 (Piraias-Kifisia) and will contribute to making this point, the largest transport station in Attica, having 2 Metro stations, a Suburban train, buses, trolleys, trams, and the ferry ships.

The DIMOTIKO THEATRO station is the new terminus of line 3. It is located opposite the Piraeus Municipal Theater and the City Hall. It serves almost the entire city of Piraeus and especially the commercial zone up to Grigoriou Lambrakis and Pasalimani. It will also be connected to the Tram stop and many bus and trolley lines.

With the start of operation of the 3 new stations, it is expected that several bus lines connecting with the Municipalities of Nikaia and Korydallos will be cut, which, as was done in other extensions, will be converted into inter-municipal and feeder lines to the Metro stations that serve the area.

Thessaloniki Flyover: contract to be signed shortly – See photos of the new motorway