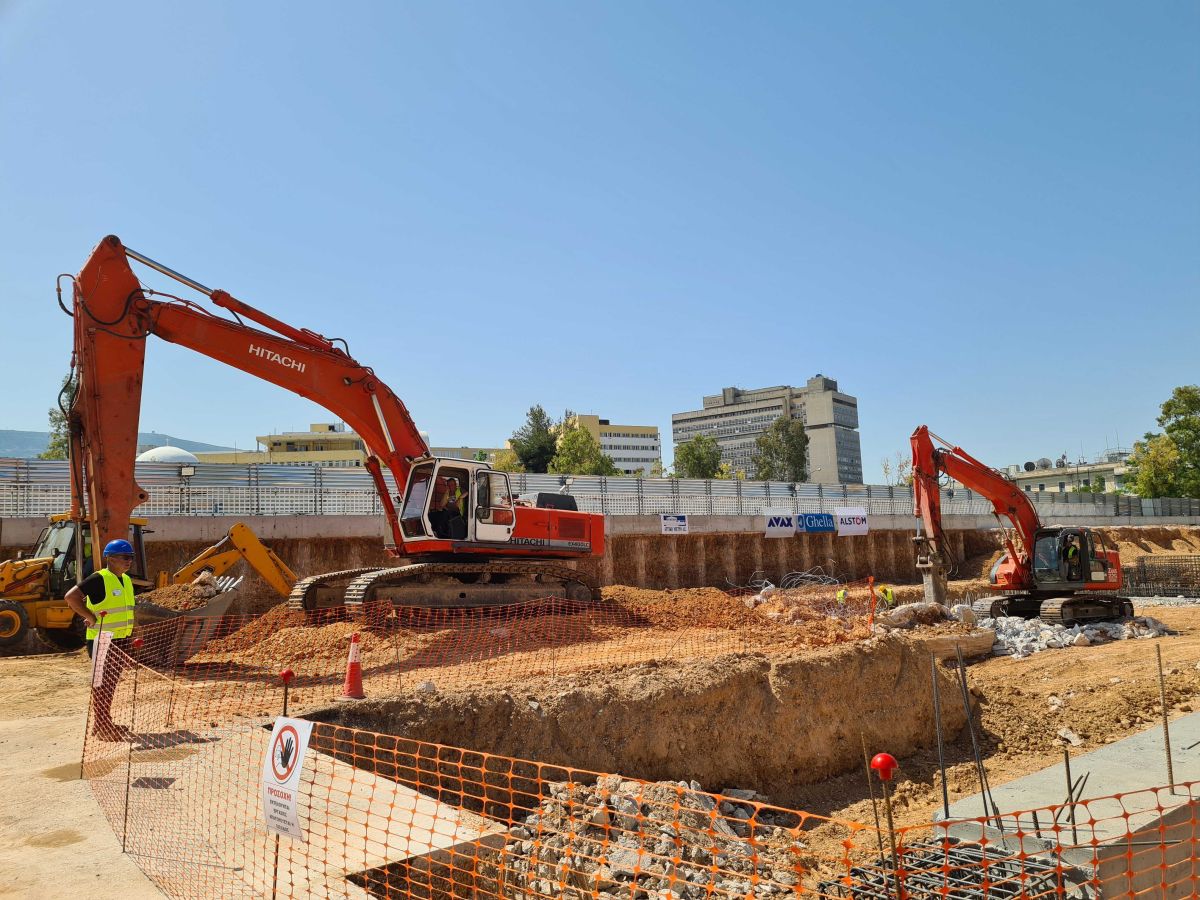 Construction sites have been set up at 13 stations: ALSOS VEIKOU, GALATSI, ELIKONOS, KYPSELI, DIKASTIRIA, ALEXANDRAS, AKADIMIA, KOLONAKI, KESARIANI, PANEPISTIMOUPOLI, ILISSIA, ZOGRAFOU, GOUDI. The preliminary works are carried out by ERETVO. Construction sites have also been developed for the entrance of the TBMs in Katehaki and Alsos Veikou.

According to the same information, from the archaeological work that has been carried out, there have been findings where they were expected to be found, that is, in the well of the Sina-Massalias streets, in Kypseli and at the Elikonos station. The findings are being evaluated by the archaeological service in collaboration with Attiko Metro. After the construction of line 4, as was done in the past, the most important findings will be exposed at the future stations.

An important parameter in the construction of line 4 is the opening of the tunnel of line 4. According to the same sources, on Friday representatives of Attiko Metro and AVAX were in Germany and at the TBM construction site where they watched the intensive tests of the two machines for their suitability and functionality which was deemed successful.

The next stage is for the two TBMs to be loaded and start their journey to Greece and Athens. According to what the CEO of AVAX recently said, Konstantinos Mitzalis, their arrival is expected to take place next September.

The two machines will be installed at the two ends of the new line, will be assembled, and once again subjected to functionality tests and around the end of the year or the beginning of 2023 they will start the opening of the Metro tunnel.

It is worth mentioning that the meeting point of the two machines will be at Evangelismos station, from where they are scheduled to depart. This is expected to happen around 2026.

Another interesting fact about the two machines (besides the name that will be given to each one of them), is that they are new modern machines. Both in Athens and in Thessaloniki the machines that were used in the last 15 years were second hand machines.

The stations of line 4

The image of the stations of the new line 4 of the Athens Metro will also be of great interest to the passengers of the new line. According to information, all 15 stations will have side platforms like the vast majority of stations in Athens.

Their modernity will lie in the fact that, as in Thessaloniki, the docks will be equipped with security doors that will open with the arrival of the train at the same time as the doors. Their length will be 80 meters (110 meters are on the first 3 lines) but the frequency of the routes will be higher.

The trains will also be fully automatic without a driver and their operation will be controlled by the Control Center of line 4 which is planned to operate at the Sepolia area.

The hub stations of line 4 will be at the two ends ie ALSOS VEIKOU and GOUDI which will evolve into transport hubs. The same applies to the stations that will be connected to other lines, i.e. EVANGELISMOS station (connection to line 3) and AKADIMIA (connection to PANEPISTIMIO station of line 2).

To connect the AKADIMIA – UNIVERSITY stations, a connecting underground passage of approximately 100 meters has been provided where passengers will be able to change lines. The same applies to transfers between lines at EVANGELISMOS station where the passenger will use an underground as well as an overground passage.

The construction project of line 4 has been undertaken by the AVAX-GHELLA-ALSTOM scheme. The selection of the Metro trains that will be manufactured by the French giant is awaited with great interest. The technology that will be applied will be the most advanced that the railway industry has to demonstrate.

The smart trains will have new features and there has already been a report about trains that will weigh passengers and that will inform which carriage has a lower passenger density. Standard equipment will include air conditioning and message and video playback screens.

Olympia Odos: preparation for a new road extension from Pyrgos to Tsakona via Kalo Nero has begun