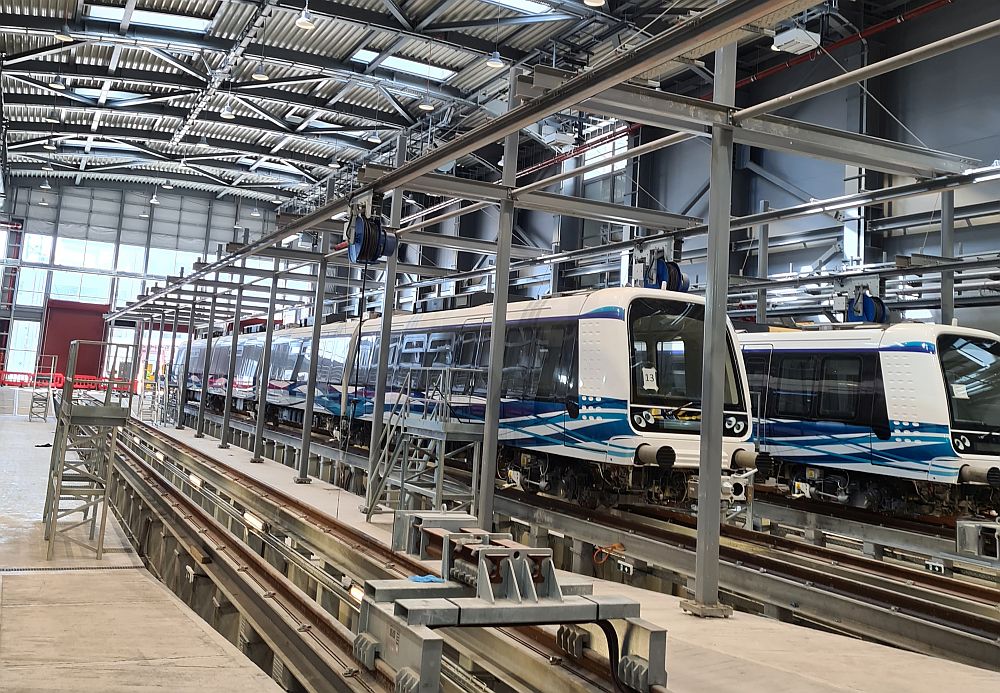 The project for the operation and maintenance of the Thessaloniki Metro system with the Public-Private Partnership (PPP) model is on temder by Attiko Metro. According to the notice, the interested schemes are invited on December 2 to submit their files and on December 8 the tenders will be unsealed.

The object of the Contract is the provision of services related to the operation and maintenance of the Thessaloniki Metro network as well as the supply, installation and commissioning of the relevant information system.

After the completion of the process, the tender committee will decide on which scheme will be selected as the contractor and will take over the operation and maintenance of the network. The duration of the contract is set at 132 months, i.e. for a period of 11 years. According to the announcement, no further extension of the contract period is mentioned.

The total estimated value of the contract including VAT is EUR 362.08 million (without VAT EUR 292 million). The payment of the project is the sole responsibility of the Contractor, while ATTIKO METRO S.A. has the obligation to pay to the Contractor as a contractual price 100% of the availability payments from the Public Investment Program of the Ministry of Transport and Infrastructure.

In order to ensure the selection of a competent contractor, Attiko Metro requires strict criteria from prospective contractors. It is essentially aimed at operators with experience in similar Metro systems. It will be of particular interest to see which companies will be present. The most important of these criteria are:

The candidate should have three years of experience within the last 10 years in a metro system with the following features:

i. The length of line/s in a project is at least (ten) 10 kilometers

iv. Passenger traffic is at least twelve thousand (12,000) passengers per hour and per direction.

v. Operation of the entire project network with a fully automatic system without a driver on the train, with a CBTC type train control system, including the operation of electromechanical and railway systems.

The same applies to the maintenance of the system for a line of at least 10 underground kilometers with 20 automatic wires, with E/M, electronic ticket, to have carried out civil engineering and architectural finishing works in at least 10 underground stations. In the case of an Association of Persons or Economic Bodies, the above requirement should be met by at least one member of the association.

What does the contractor undertake?

The object of the Agreement is the provision of the services, as described in the issues of the Agreement, as well as the supply, installation and commissioning of the IT-ERP Information System supporting the administrative operation of the Thessaloniki Metro, integrated and functionally integrated with the other existing systems (software, operational infrastructure/equipment and central computing systems) of the Thessaloniki Metro.

Specifically, the Contractor Services consist of:

B. Facilities and Equipment Preventive and Corrective Maintenance Services.

C. Cleaning services: the cleaning of the Project Areas.

D. Guarding and security services: the protection of the Thessaloniki Metro in accordance with the respective

Olympia Odos: studies for the extension to Tsakona to commence soon