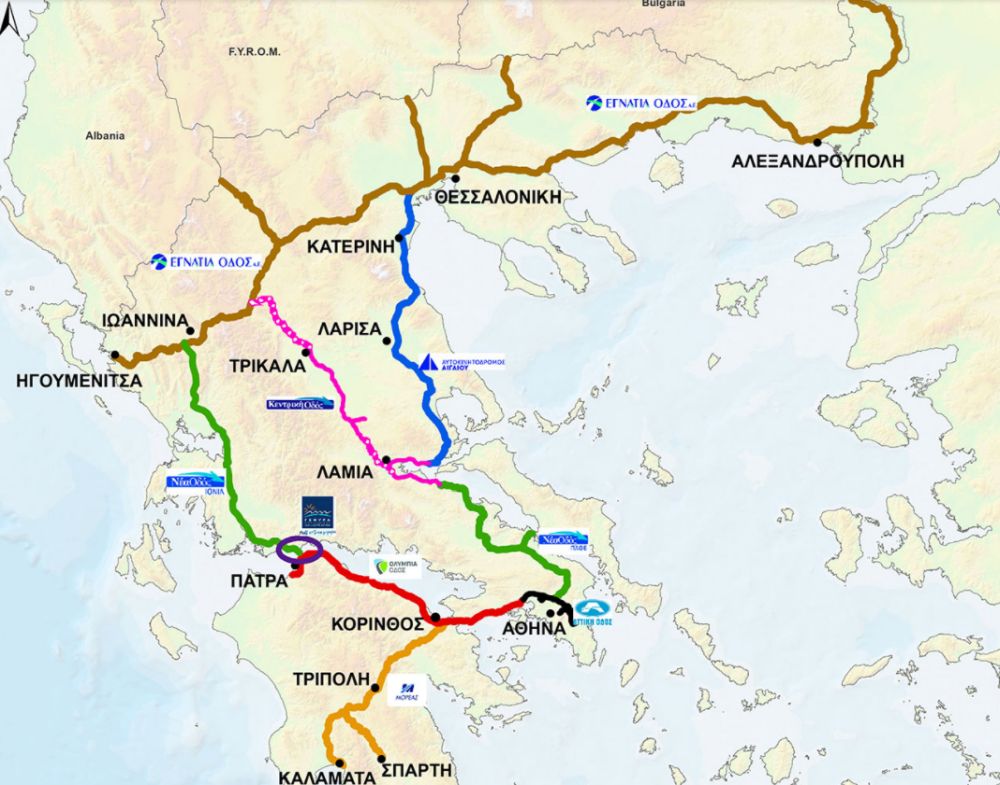 After the finalization of Saturday for the implementation of the Northern Road Axis of Crete, the puzzle of the country’s interurban highways is completed. It is a big deal for a country like Greece, which was the tail of closed highways in Europe to be able to be proud that it now has one of the most modern and adequate networks within the EU.

VOAK with a length of almost 300 kilometers, according to the official presentation will cover the entire northern coastline of Crete and will contribute greatly to the geometric reduction of fatal accidents and respectively to increase road safety and speed.

Its full implementation, which will probably need to reach the end of the current decade, will change the transport of the island and will strengthen the commercial profile and the tourist product of Crete.

The mainland network of Greece has a length of almost 2,200 kilometers and covers almost the entire country. Olympia Odos (Elefsina-Corinth-Patra), Ionia Odos (Antirrio-Ioannina), Nea Odos (Metamorfosi-Skarfia), Kentriki Odos (Xiniada-Trikala and Petalo Maliakou), the Motorway-Aeges-Lalei (R Imathia), the Morea Motorway (Corinth-Kalamata and Lefktro-Sparta) together with the wide network of the Egnatia Highway (Igoumenitsa-Thessaloniki-Evros Gardens and vertical axes) have created an important network.

This network has a great impact beyond the passenger dimension, on commercial transport. Products can much more easily move to the country’s major markets or reach exit gates (ports, airports, border crossings) and go to European markets.

At this time we are going to implement the additions to this network. Apart from BOAK, where the double tender is heading towards its final phase, a number of projects are being constructed or prepared.

In the Central Road-E65, the southern part (Lamia-Xyniada) is being built and in 2021 the northern part will start (Trikala-Kipoureio of Grevena). On Olympia Odos, the final approval is expected from Brussels for the western extension from Patras to Pyrgos to start the works. There is also a tender for another section on the vertical axis of Egnatia, Xanthi-Echinos and for the Alexandroupolis Ring Road.

At the same time, new tenders were recently announced for the road sections Thessaloniki-Edessa and Drama-Amfipoli via PPP.

Finally, the PPP project for the Kalamata-Pylos-Methoni section is in the tender phase.

With these additions, the Greek highway network will exceed 2,700 kilometers.

The completion of the Ionian Road to the north (Ioannina-Kakavia) in which financing is sought and the Pyrgos-Tsakonas section can be characterized as the last pending issues. From there we only have some point additions that will be more local in nature.

Of course, it is worth mentioning, due to the anniversary of the country’s accession to the EU 40 years ago. how, her contribution was and is critical and without this the picture might have been significantly different. The funds from the European programs, substantially helped in the implementation of all these visionary road projects for Greece. The country interconnected with the trans-European axes can play an important role in European transport.

It is a fact that for the country this network is a strong paper in the effort to develop freight centers and in general in the possibility to strengthen as an international transport hub. Strengthening this network gradually by the end of the decade could attract investment and increase employment and benefit the country in its Europe 27 bet.

Piraeus port – Athens Airport via metro: a major breakthrough for both cities