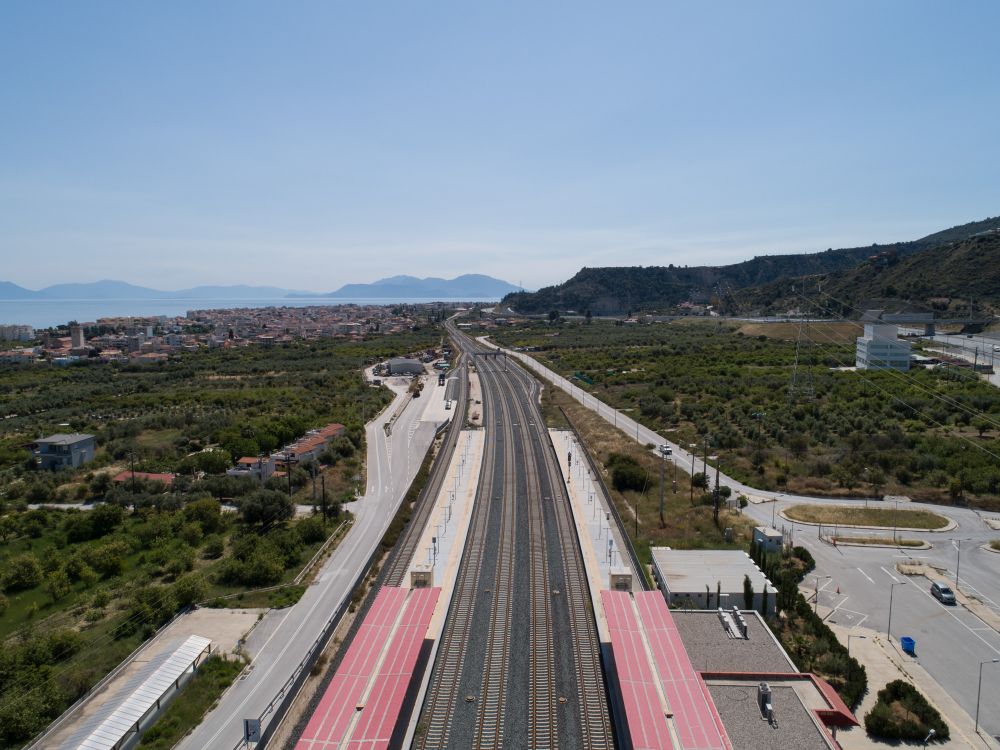 The Ministry of Infrastructure and Transport, as well as ERGOSE, are looking towards Europe for the six major railway tenders worth 4 billion euros and the completion of securing the funding of the projects.

According to information, yesterday ERGOSE officially submitted funding requests to Connecting Europe Facilities II (CEF II) for three of the six projects. These are the projects: Thessaloniki-Toxotes Xanthi, Alexandroupolis-Ormenio and Rio-Neo Limani of Patras.

The interesting point is that the two Northern Greece projects were broken into sections as they have a large technical scope and budgets and will facilitate finding funding from different sources. More specifically:

-Alexandroupoli-Ormenio was divided into the sections Alexandroupoli-Pythio and Pythio-Ormenio. The funding request to CEF II is for the total budget of €1.07 billion.

-Thessaloniki-Toxotes Xanthi (1.68 billion euros) was broken into the sections: Thessaloniki-Nea Madytos, Nea Madytos-Nea Karvali and Nea Karvali-Toxotes Xanthi. The latter section has already managed to secure €250 million in CEF II funding. The funding request to CEF II is for the remaining amount of the project budget, i.e. approximately €1.43 billion.

In the third project Rio-Neos Limenas Patras, the funding request to CEF II has to do with the total budget amounting to 476.5 million euros.

At the same time, ERGOSE has also made contacts with the EIB, which showed interest and gave the first green light, as an initial pre-approval, of the possibility of financing these projects. However, this remains today a plan B in the quiver of the Ministry of Infrastructure and ERGOSE to ensure the financing of these large projects.

All of the requests for the above projects concern funding from CEF II in the amount of 3 billion euros. One of the obstacles that currently exists in Europe is that the large funds for railway projects of the previous CEF II call were mainly directed due to the war in Ukraine to Eastern Europe and especially to Poland. The aim is to have the approval from the relevant Directorates by the summer.

The critical role of Sea2Sea

Of course, it should be mentioned here that especially the two major railway projects in Northern Greece, on the one hand constitute the eastern part of the famous Egnatia Railway and on the other part of the ambitious European transnational Sea2Sea plan.

Sea2Sea’s plan is to connect with the ports of Romania, raising even more the transnational bar for the rail transport of goods between EU member states. There will therefore be a railway connection of the ports of Northern Greece with the Black Sea and the Danube.

The other three projects

With reference to the other three projects under tender, i.e. the connection of ThPA S.A. to the network and the Suburban of Western Thessaloniki as well as the extensions of the Suburban from Koropi to the Port of Lavrio and from El. Venizelos Airport to the Port of Rafina the funding will be covered by the NSRF 2021-2027.

Already in the relevant reports of the new “Transport” Operational Program, the three projects are among the proposed projects for inclusion. Koropi-Limenas Lavrio has a cost of 390.5 million euros, the Airport-Limenas Rafina has 308.6 million euros and the connection ThPA-Suburban Western Thessaloniki has a cost of 53.4 million euros. In all the six projects, the budget reaches 4 billion euros.

These three projects promote suburban rail travel, while reaching the ports of Rafina, Lavrio and Thessaloniki gives new impetus to freight transport. At the same time, it lays the groundwork for the connection of the VIPE so that there is a tripartite production-train-port.

The six tenders have been active for a year, as last year at this time they started almost simultaneously with the expression of interest process. The following schemes have entered into the projects: GEK TERNA- INTRAKAT, AKTOR-MYTILINEOS and AVAX-ALSTOM.

At the beginning of October, the second phase of the tenders started, which concerns the Competitive Dialogue through which the basic technical, financial and legal parameters of the projects are determined in cooperation with the prospective contractors, with the aim of determining the best solutions for their successful implementation. The preparation of the required final studies will be completed by the Contractor of each project, which will result from the tender process.

The tenders, regardless of the effort of financing from European funds, proceed normally as it has the umbrella of the PIP. According to ERGOSE‘s planning, the goal is to be able to pass the tenders to the B`2 phase, which concerns the submission of bids by the current prospective contractors, by the summer. In any case, the complexity of these projects sends their completion to 2024 where there will be a clear landscape from which channels they will be financed.

The big goal remains their completion by the end of the current decade where, with appropriate interventions in the Xanthi-Alexandroupoli section, there will be a new operational line that will be able to run the Thessaloniki-Alexandroupoli route in about 3 hours.

Ionian Motorway: funding for extension towards the Albanian borders is being finalised