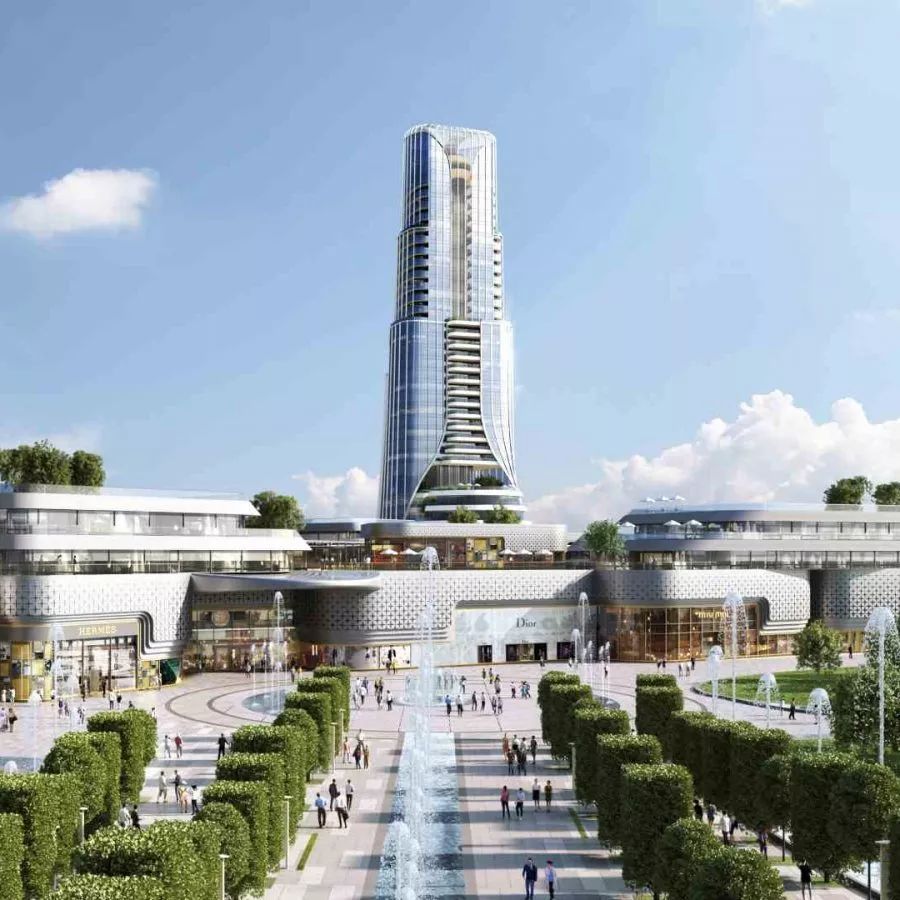 The infrastructure projects in Elliniko are in full progress, while tenders worth approximately 500 million euros are being prepared for the two large malls in Vouliagmenis and Agios Kosmas. Elliniko now looks much more like a construction site compared to six months ago, while in many parts of the property there is activity even if it is not purely construction. In a press tour, all the points of the property were presented, followed by a conversation with the head of Lamda, Mr. Odysseas Athanasiou.

The undergrounding of Poseidonos Avenue

The most important element at this time is the construction of the underground part of Poseidonos Avenue, part of the infrastructure works carried out by AVAX on behalf of Lamda. Undergrounding has started and earthworks are in full swing. The project is carried out using the cut and cover technique and already in the first 250 meters in length the final depth of 10 meters has been reached.

In total, the undergrounding of Poseidonos will be 1,500 meters long, of which 1,300 will be the underground section and the rest the accesses. As reported by Lamda officials, when the project is completed, there will be no need to stop the Avenue’s traffic and a night will be chosen to connect the existing axis with its new underground section.

Regarding the fate of the current open road section, this will receive some changes. From the 3 lanes per traffic stream, they will be reduced to 1+1 and bicycle and pedestrian lanes will be added, which will join the central corridor that will connect Vouliagmenis Avenue with the coastal front.

An important element here is the movement of the Tram line from its current elevated position, to the central corridor where it will function as a connecting line between Poseidonos Avenue and Vouliagmenis Avenue. How are the building projects progressing?

The announcement of the launch of two tenders worth almost half a billion euros for the mall in Vouliagmenis Avenue and the mall in Agios Kosmas Marina was an important piece of news in the press release. Vouliagmenis Mall will have an estimated cost of 350 million euros and Marina Galleria at 130 million euros. According to Mr. Athanasiou, these two new projects will go live by the end of the year.

It will also be followed by the tender for the mixed-use but €200m Office Tower from the Brook Lane-Lamda scheme and the tender for sports uses and the approximately €120m Metropolitan Park designed by renowned architect Sasaki. For TEMES hotels, an investment close to 300 million euros, the operator for the first one in the coastal area is expected to be announced in November, while for the first quarter of 2023 the corresponding five-star hotel in the Marina of Agios Kosmas.

Regarding Riviera Tower, Mr. Athanasiou noted that pre-sales have reached 88% and demand is particularly high. In its construction section, preliminary work is progressing, i.e. the demolition of buildings, the cleaning of the area, its fencing. The next step is to start placing piles which are expected to reach a depth of 50 meters.

The construction of the Riviera Tower is getting close

Soon enough the contractor for the foundation of the building will be selected and by the end of the year the contractor for the main construction project will be selected. As everything shows, the collaboration with the Intrakat-Bouygues scheme is good and in all probability it will move from the advisory role it has today to a purely manufacturing one. Mr. Athanasiou stated that the goal is to have the option built by the end of 2022.

The Riviera Tower will be the country’s first coastal skyscraper, the tallest and the first “green” one. It will have 50 floors and 170 apartments, while 2,000 sq.m. of space is planned on the ground floor alone. Its completion and operation is planned for March 2026.

Lamda executives estimate that the start of the major building developments will begin in the second quarter of 2023. Close to this time limit is the start of construction of the casino in Elliniko by the GEK TERNA-HARD ROCK scheme, which is an independent investment of 1 billion euros.

As Mr. Athanasiou pointed out, the pre-sales until the end of the year are estimated at 200 million euros and by the end of 2023 it is believed that they will have jumped to around 450 million euros. At the moment there is no thought of applying for a new bond as as the head of LD said, the project has sufficient funding. In the area next to the Agios Kosmas Marina, a luxurious five-star hotel will be built overlooking the cape. Next to it, 28 villas coordinated by five architectural offices will be built on 28 plots and will all be custom made, i.e. designed according to the wishes of each buyer.

Behind the villas, the construction of 115 apartments in three-story buildings is pre planned. According to Lamda’s planning, in the first quarter of 2023 the permits will be issued, the relevant tender for the undertaking of the project will begin, and in the third quarter construction will begin, and in early 2026 all of the above will be delivered for use.

Right behind the “neighborhood” of Posidonos, that is, where there are currently apartment buildings, a series of 50-meter high apartment buildings will be built that will have 14 floors with a total of 300 apartments. Their design is done in collaboration with large architectural offices.

Finally, in the section adjacent to Alimos, the construction of an additional 500 apartments in four-story apartment buildings is planned. Their prices at these two points will be similar to what is currently sold in the wider area of ​​the southern suburbs. Here it is estimated that by the end of 2023 the issuance of permits will be completed and in 2024 the projects will begin with the holding of a corresponding tender.

An important element for the building projects is the highlighting of Odysseus Athanasiou for the selection of contractors as he stated that the tenders for subsequent building projects will no longer concern only the large construction groups but also smaller techniques that have experience in building projects.

According to Mr. Athanasiou, the cost of construction has risen approximately up to 15%, a percentage that was characterized as tolerable. Some of the increased costs were passed on to buyers. Pre-sales of condominiums and villas reach 100% from mainly Greek buyers. 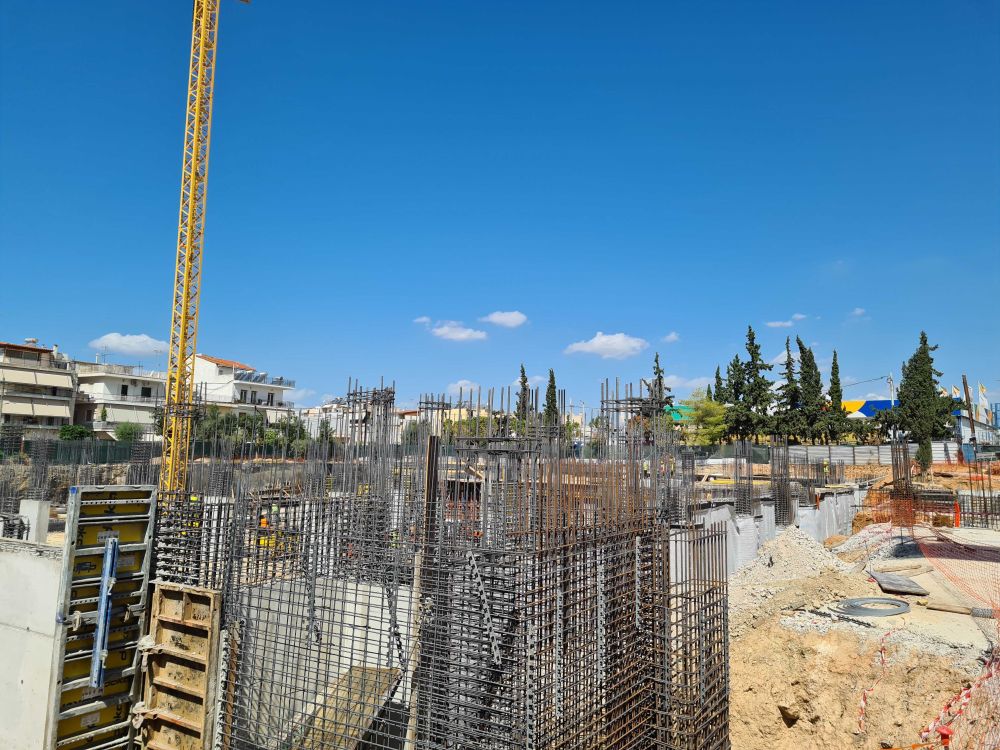 The head of Lamda emphasized that 25% of the construction of the first phase will be reached in 2023, while there will be a “construction orgasm” in the two years 2024-2025.

Lamda also collaborates with the Ministry of Infrastructure and Transport for the large project of the Ilioupoli Tunnel and the leveling of Vouliagmeni. As Mr. Athanasiou said, the studies will be completed in 2023 and will be handed over to the ministry.

The building for disabled people and environmental projects

Under construction by EKTER is the first building project of Elliniko, the disabled building complex. It is estimated to be completed by the end of 2023 and will host 4 clubs that were based at the former US base. Today, the foundation has been completed and the civil engineering works are progressing. The building will be “green” and its construction will be Leed Gold certified.

However, Lamda is bringing Rema Trahonon to the surface again after decades, through the contracting of infrastructure projects. The highlighting of the Stream is part of the anti-flood design of the property and will remain as an open area.

Part of the projects is the sanitation and enrichment of the one kilometer long beach in Agios Kosmas. AVAX will complete and hand over to Lamda the new beach and then the famous architect Sasaki will take over its connection with the rest of the open spaces of the property.

Environmental projects also include the utilization of demolition debris and soil decontamination. In the first leg, a crusher has been installed which will contribute to the reuse of bases. It is expected that he will manage 1.5 million sq.m. of demolition materials that will result in 1 million cubic meters of material to be reused.

At the same time, contaminated soil from the operation of the airport is being remediated with advanced techniques, while a 5 kilometer long fuel pipeline was also removed.

Lamda has entered into an agreement with Lafarge and TITAN for the on-site production of concrete through modern units that will come up by the end of the year. The cooperation with EYDAP is also interesting, the filtration of waste water and the production of water for watering the green areas of the property are foreseen. “We will do the development and EYDAP the management” noted Mr. Athanasiou.