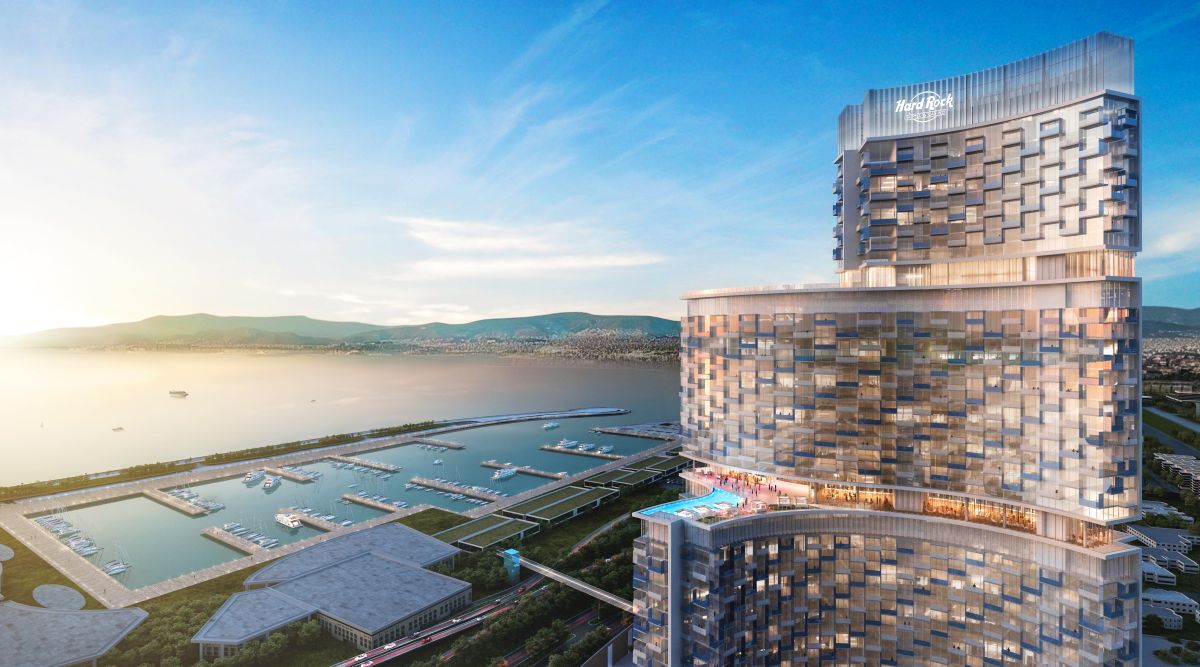 We are in the final stretch for the initiation of the largest independent building project in Greece. On the integrated casino complex of Elliniko (IRC), the first in Greece and in Europe, according to information, TERNA bulldozers are to start in the first quarter of 2023.

The first step will be the excavation for the foundation of the large building and then its construction. The project is estimated to take 36 months to complete and will open its gates up and down with the completion of all major building projects of the first phase of its investment
Elliniko.

In the next period, the last step that separates us from the constructions, which is the building, is permitted. All remaining steps are complete. The signing has taken place since the beginning of the summer, as has the concession by Lamda of the space on which the building complex will be developed.

The investment of 1 billion euros

From the 1 billion euros that it is estimated for the project to cost, the construction cost amounts to approximately 600 million euros, as the head of GEK TERNA, Giorgos Peristeris, had mentioned in the recent General Assembly. An additional 150 million euros being the license fee and the remaining 250 million euros for the equipment of the casino and the building in general. The financing will be done by the GEK TERNA-HARD ROCK INL scheme at a rate of 49% and 51% respectively. According to sources close to the scheme for the time being the cost does not appear to have changed substantially from the increases in the prices of building and other materials.

The construction is undertaken by TERNA. The part of the existence of the necessary infrastructures and networks connected to the construction of the building complex, as is known, is carried out by the contract assigned by Lamda Development to ÁVAX, which anyway concerns the entire area of ​​the investment of the first phase.

According to information, two representatives of GEK TERNA and HARD ROCK traveled with executives of Ethniki and Alpha banks to some of the biggest casinos in the USA. Presentations were made there in order to understand the size and specificity of the investment.

After all, according to the forecasts that have been made in the IRC, it is estimated that it will employ hundreds of people during its construction, while it will create, as stated by Jimmy Allen of Hard Rock, 3,000 permanent jobs.

The Executive of the construction area notes that the specific project will add to Athens something that is missing as a tourist destination, that is, an integrated entertainment that combines the operation of the casino with recreation while having conference rooms, shops and dining areas. It will be, as they say, the first integrated tourist “package” in Europe.

What is the project

The design of the project draws inspiration from key Greek elements such as the sea, the arts and ancient mythology, which are combined with the modern demands of architecture and the overwhelming need for a harmonious integration of the project into its environment and location. Open spaces, gardens and a water feature are central parts of the design of the flagship project, with the total outdoor green space covering nearly 205,000 sq m.

The central Tower is inspired by nautical references, incorporating waves, sails and the lighthouse into its design. Built on three levels, the Tower has three different orientations that correspond to the reference points located within the imaginary triangle formed around the project: the Acropolis, the sea and Hymettos.

Its iconic shape will become a landmark of the area highlighting the importance of the connection between land, sea and sky. “Hard Rock Hotel & Casino Athens” will be an international destination, offering its guests an exciting combination of entertainment, dining and accommodation, taking advantage of the Mediterranean climate and providing specially designed outdoor spaces.

The said development will host a casino with a total area of ​​almost 15,000 m2, which will have 200 tables and 2,000 gaming machines. The Tower will have more than 1,000 rooms and suites, with a total capacity of almost 3,500 beds with a view of the sea or a view of all of Athens and the Parthenon.

The project will also include the highest rooftop in Athens, while the rooftop pool will be complemented by a bar, Rock Spa® and Body Rock Fitness, which will take advantage of the sunshine and activity-friendly temperatures by connecting indoor and outdoor spaces. during the year.

The Hard Rock Live theater is designed to entertain an audience of 3,000 people, while the stage will extend outside for the needs of outdoor festivals and concerts with an additional 7,500 seats available. Inspired by the ancient Greek amphitheatre, and with an outdoor lawn, it will combine culture and entertainment, harmoniously bridging the HardRock philosophy with the Greek way of life.

An outdoor village with various retail shops, haute cuisine restaurants with local and international cuisine, bars and leisure areas will surround the casino, while the conference and exhibition center will exceed 23,000 sq.m. and will provide a large exhibition hall, function and meeting rooms, as well as support spaces.

The revival of railway in Greece: the Top-10 railway projects at the moment