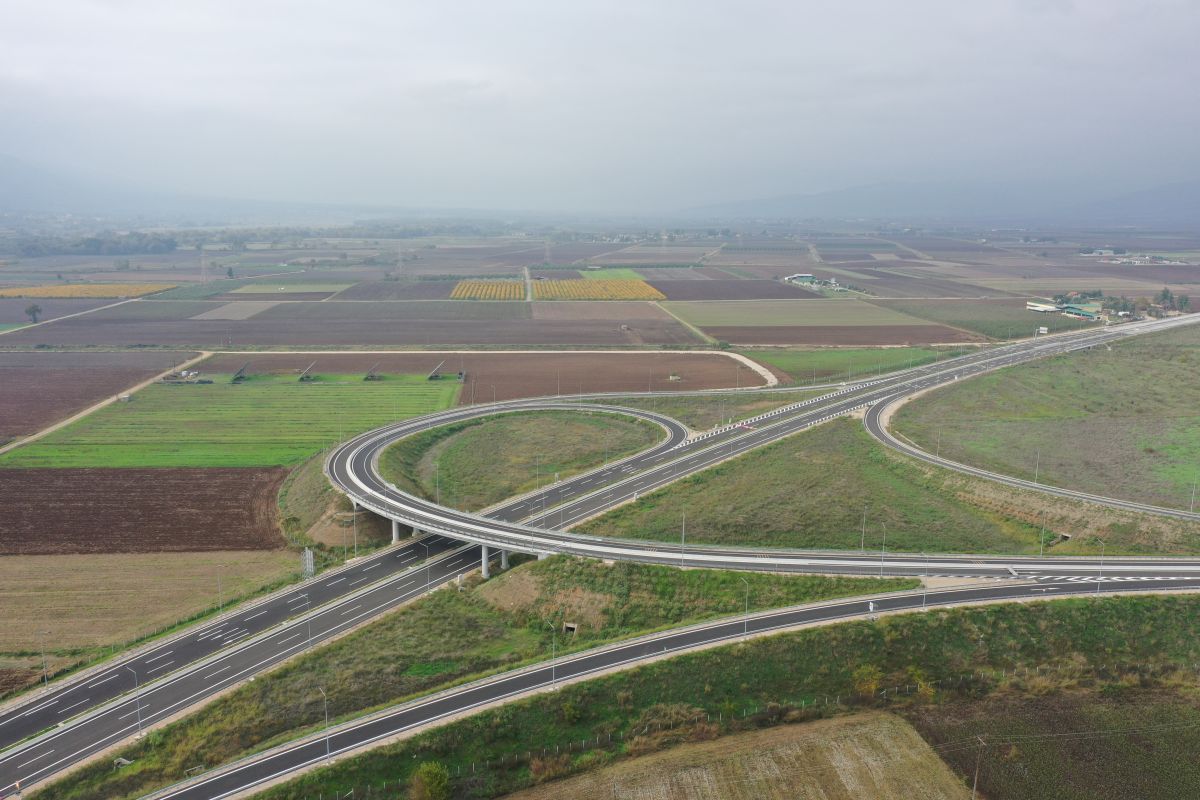 The construction works in the southern and northern part of the highway of Central Greece, better known as E65, are proceeding step by step. In both Lamia-Xiniada and Trikala-Egnatia projects, the summer season helps to increase the progress of work faster.

In the southern part, which starts from Lamia and reaches the area of Xyniada where it meets the existing section of the E65 Xyniada-Trikala, the progress of the project according to information, has exceeded 83%.

As far as the pending issues of the project are concerned, the final solution of the alignment in a section of 4 km of the axis is one of them. This is about the point that is located before the Othris tunnel (at 21.8km of the axis) and which is the link between the plain and the mountainous part of the southern part of the E65.

The completion of the project is set for the end of 2023. It is worth reminding that of the total 32.5 km of the southern part, the southern end from Lamia to the Karpenisi Junction, 14.5 km long, has been handed over to traffic. At the same time, the opening of the Othrios Tunnel, approximately 3 km long, has been completed.

As far as the construction works for the northern part from Trikala to Grevena are concerned, where it will be connected through a junction with the Egnatia Odos, they are progressing but we are at an early stage.

According to information, in the 70.5 km long section, the works there have started recently and it is estimated that they will last 36 months. Today the construction progress according to sources is at 7.5%. The projects in the northern part have a budget of 442 million euros.

This section is considered particularly critical for many reasons. On the one hand, it is estimated that it will contribute decisively to the development of the Greek regions and especially the regions of Thessaly and Western Macedonia, in view of the project of de-ligation and the transition of this region to sustainable development.

On the other hand, with the connection of the E65 with the Egnatia Odos, Western Macedonia and Epirus gain new access to Central and Southern Greece. At the same time, the goal of the direct road connection of the ports of Igoumenitsa and Volos is achieved, a fact that can lead to a development course in both areas.

However, the news regarding the traffic on the two highways managed by Nea Odos SA are good.

According to information, the traffic of vehicles both on the Athens-Maliakos highway and on the Ionian Road (Antirrio-Ioannina) has returned to 2019 levels.

This fact is particularly important if we consider the jump in the price of gas and oil due to the Russian invasion of Ukraine. Indicatively and according to available data, if we compare the first 5 months of 2019 with the corresponding ones of 2022 we see in Nea Odos a total increase of almost 4.5% and in particular in the Ionian Road of 9.2% and in Motorway 1 close to 2, 85%.

This is even more valuable if we consider that during the first quarter we had an outbreak of the coronavirus pandemic in the country which does not seem to have affected long-distance road travel decisions.

It will be interesting to see how the summer season will play out, in which, if the estimates are verified, we will have even better performance on the two highways.

Ionian Motorway: new developments for the connection with the city of Agrinio