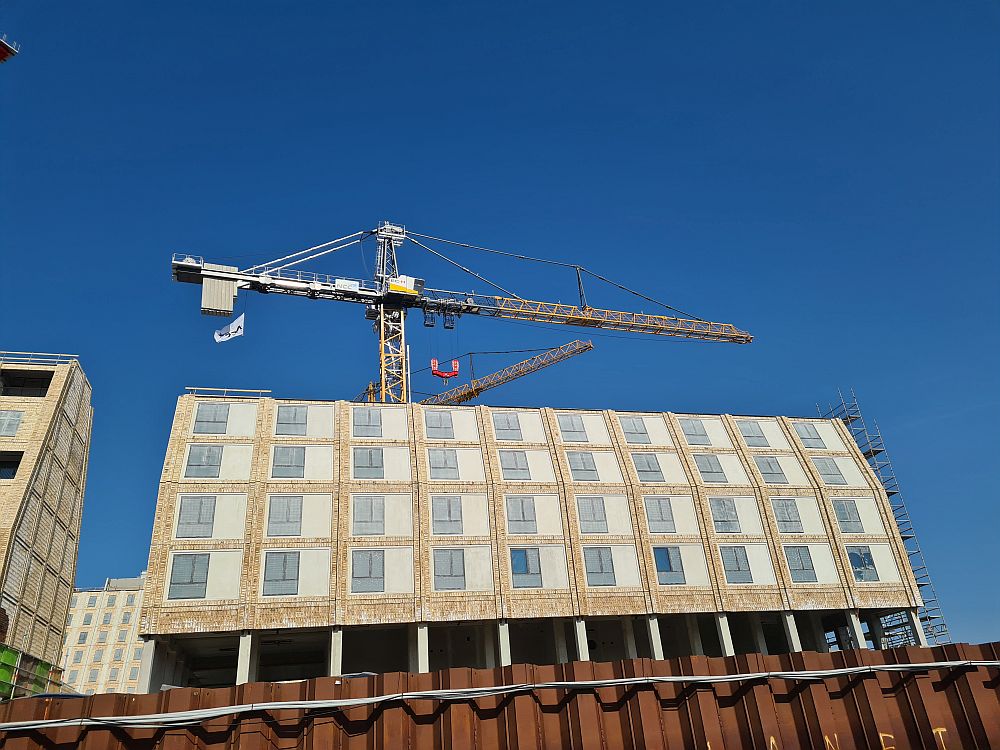 The BIG 5, i.e. the five largest groups in the country in the construction sector, are at a constant increasing growth rate. The existence of many new projects in both public and private construction, has created new data in the market. The unutilised amount of the five groups in total in 2021 reached 9.38 billion euros. Based on the tenders that have been moving forward, the foundations are laid so that their total unutilized amount reaches or even exceeds 15 billion euros, creating a separate record for each group.

A hindering factor is the global trend of rising prices for materials and fuels. However, at the moment it does not seem to affect the increasing figures of large companies, but also of smaller ones. Overall, the market shows a clearly improved picture compared to the past and it seems that the growing trend that concerns the unutilised amount will continue due to the large project program, mainly from the Ministry of Infrastructure and Transport.

A typical example is INTRACAT. In 2020 its unutilized amount was 380.9 million euros and in 2021 this number almost tripled to 1.13 billion euros. This increase obviously shows the dynamics of the group, but at the same time it shows that there is a bigger pie in the construction sector. INTRACAT expects for the year 2022 this number to grow even more as within the year it will add important contracts.

It already signed for the Larissa-Volos electromobility railway project and is expected to sign the second phase of the Athens station within the year. It is also a contractor member of the PPP consortium for the VOAK Hersonissos-Neapoli and the Kalamata-Methoni sections of more than half a billion euros. Kymi Avenue is also a flag project for the Marina Tower, which it undertakes with BOUYGUES, as well as other smaller ones. In fact, under certain conditions, the group’s unutilised amount could reach almost 2 billion euros by 2023.

GEK TERNA is now at the point where its unutilized amount is expected to take off. Let’s see things one at a time.. As of 31.12.21 it announced an unutilised amount of 2.5 billion euros which is an impressive sum. Even more impressive is the fact that this amount can almost double by 2023 and reach 4.9 billion euros.

The group is on hold for signatures for a number of large projects which brings it to the top of the construction field. The investment of 1 billion euros for the casino in Elliniko is in the process of being signed, a project that it will undertake with Hard Rock. Also, together with Mytilineos, they will undertake the Kiato-Aigio and Aigio-Rio railway projects with a total amount of 260 million euros.

At the same time, it became a contractor together with AKTOR Concessions and INTRACAT in the section of VOAK Hersonissos-Neapoli and in Kymi Avenue (with AKTOR-INTRACAT).

Also it is waiting for the completion of Egnatia and the port of Kavala from the HRADF.

Simultaneously ,large investments do continue, such as the power plant in Komotini and other important projects.

As we move on to Mytilineos we will see the same picture. The unutilised amount reached by the end of 2021 the amount of 754 million euros (in the field of sustainable development projects) with the group reaching 2.4 billion euros. In the year 2022 MYT continues to have rapid growth in the construction sector with significant successes. Together with AVAX, it emerged as a contractor at PPP for the flyover and with Rover Maritime in the project of the 6th pier of ThPA S.A, two projects in Thessaloniki.

Together with TERNA, it does undertake the two railway projects Kiato-Aigio and Aigio-Rio and Chalkida Bypass project. With these two projects alone its unutilised amount will double while its bid for additional projects continues. It also has an important presence in the field of smart lighting with the recent undertaking of a project in the Municipality of Athens, as well as other projects run by this large Greek company.

Ellactor, which recently changed chapters in management, is now ready to rise to the top of the industry. The traditional major power of the construction sector now has Motor Oil and the Vardinogiannis family as a strong ally. In the field of projects, the group’s unutilised amount reached 2.5 billion euros and in the first quarter seems to be reaching the amount of 2.7 billion euros.

This number, according to market estimates but also based on the ongoing tenders, can lead the historical group to levels that reach or even exceed by 2023, 3.5 billion euros. Among the new projects that will be signed are the sections of VOAK, Neapoli-Agios Nikolaos, together with TERNA-INTRAKAT Hersonissos-Neapoli and Kymi Avenue.

Together with INTRAKAT, it undertakes the PPP road project, Kalamata-Methoni. At the same time, it will undertake several smaller but important projects such as the Kleisouras Tunnel, anti-flood works in Thessaloniki, the supply of trains in the Thessaloniki Metro, etc.

AVAX which concludes the top five and shows an impressive performance. Of course 2021 was the year of AVAX. The undertaking with Ghella-Alstom of the project that concerns the new line 4, which is of initial cost 1.8 billion euros, gave it the necessary fuel to continue. Its unutilised amount reached at the end of 2021, the amount of 2.2 billion euros but this number will increase geometrically by 2023.

It signed the railway project for the signaling project in the Thessaloniki-Eidomeni section and is a contractor for the electrification of Paleofarsalos-Kalampaka. In the major road projects, together with Mytilineos, it undertakes the flyover and along with TERNA and AKTOR it undertakes the construction of a section of Patras-Pyrgos. Together with AKTOR and ERGOTEM it signed the contract for Psyttalia.

This is a particularly big project for the infrastructure projects of Phase A of Elliniko, where it dominated in the competition. Along with other projects that are in the tender process, AVAX is estimated to add almost 1 billion euros to its unutilised amount.

Other projects, but also deterrents

If all this large project program can proceed to contracting by 2023, then to the above unutilised amount will be added at least 6 billion euros of projects that will further increase the unutilised amounts of the country’s major technical groups.

Of course, the given – but positive – problem of lack of staff at all levels that is already observed should be put on the table, especially when all the above projects will need to run almost in parallel.

An equally important challenge is the course of the global turmoil in the availability and high cost of many building and electrical materials that reach record levels one after another. Russia’s invasion of Ukraine has already left its mark on the economy and everyone hopes that the construction industry, which seems to be returning very dynamically, will be able to overcome any difficulties and contribute what it can to the Greek economy.

Elliniko: The undergrounding project of Poseidonos Avenue has begun – How is the Marina Tower progressing