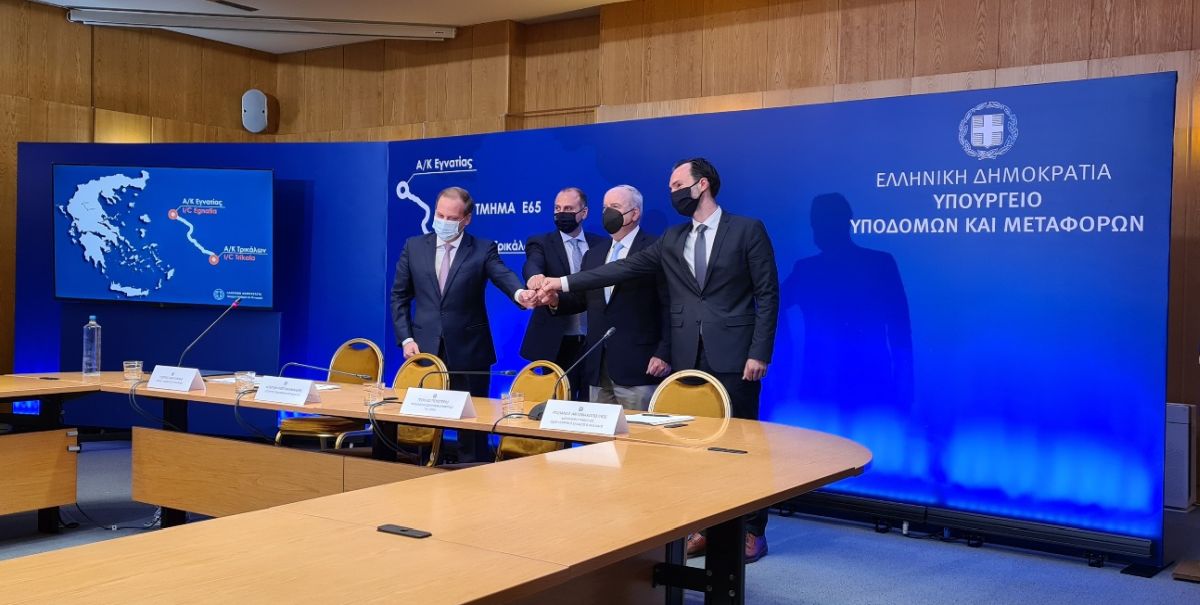 Another pending issue was closed today by the Ministry of Infrastructure and Transport as the contract for the northern section of E65, Trikala-Egnatia was signed.

The signing ceremony took place with all formality at the headquarters of the ministry in Papagou, attended by the Minister of Infrastructure and Transport, K. Karamanlis, the president and CEO of the GEK TERNA group, G. Peristeris, the CEO of Central Road – Central Road , R. Antonakopoulos, and the General Secretary of Infrastructure, G. Karagiannis.

Speaking at the signing ceremony of the agreement, the Minister of Infrastructure, K. Karamanlis, stated that today is particularly important both for the Ministry and the Government, as well as for the country that needs such important projects. He noted that they received from the Ministry a situation with many projects without maturity to be auctioned, but they have all worked systematically for 23 months, to unblock the projects. He also said that the projects belong to the Greek people and are the sum of many governments.

For E65, he specifically mentioned that this is a project that started in 2007 and lacked the middle section. While they received the southern part under construction, half of the project has already been constructed and will be delivered within 2022, he said, while for the northern part, he stressed that the project starts today, will have a construction period of 3 years and completes its road network. country, which means fast and safe travel.

For his part, Mr. Peristeris of the GEK TERNA group, noted that this project, which in the unfortunate period, was essentially postponed, is now completed, and the group with the known quality of construction it offers, will deliver the project on time and will surprise with the new opportunities it will provide.

Mr. Karagiannis, noted that the E65 highway will connect Northern Greece more widely and was a key priority of the ministry to complete the negotiations for the northern part of the road, which ultimately (although difficult) had a happy ending. He also stressed that the project completes the puzzle of highways, designed for Greece in the 2000s. 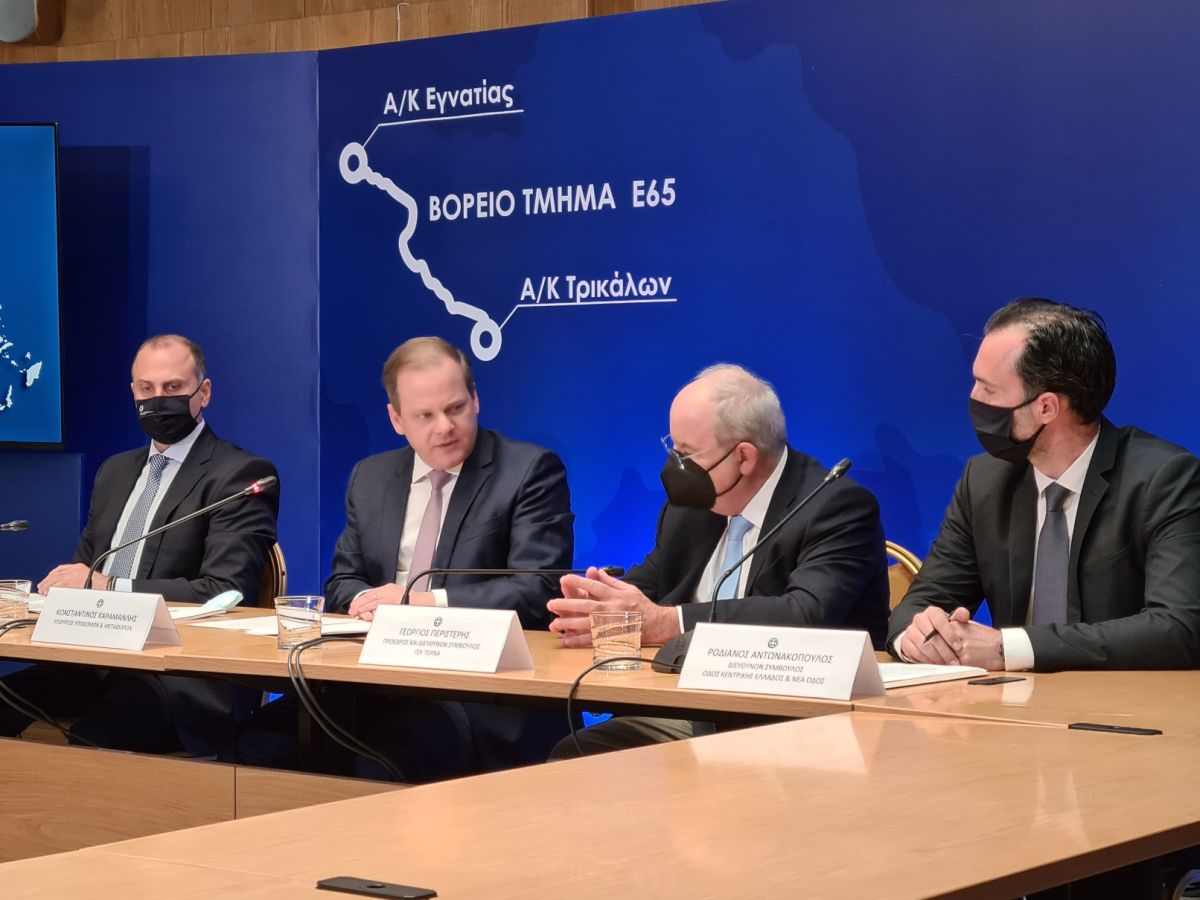 Then the signed contract will need to pass through the Greek Parliament in order to be ratified and become a law of the State, based on which the project is to be implemented. This is an amendment to the existing concession contract for E65.

With this contract, the E65 highway is completed from end to end and ceases to be the “blind” axis of the country. It will have a total length of 181.5 km and will extend from Anthili in connection with ATHE, to the Garden of Grevena in connection with Egnatia. TERNA, which undertakes the construction, puts in its unfinished another project which climbs to 2.2 billion euros, while with the pending projects it will break the barrier of 3 billion euros.

The projects according to information will start almost immediately and according to relevant studies, during the construction phase employment will be stimulated with more than 1,000 jobs. Today the total progress in the northern part is 7%, which is concentrated in the Trikala-Kalampaka subsection (25%).