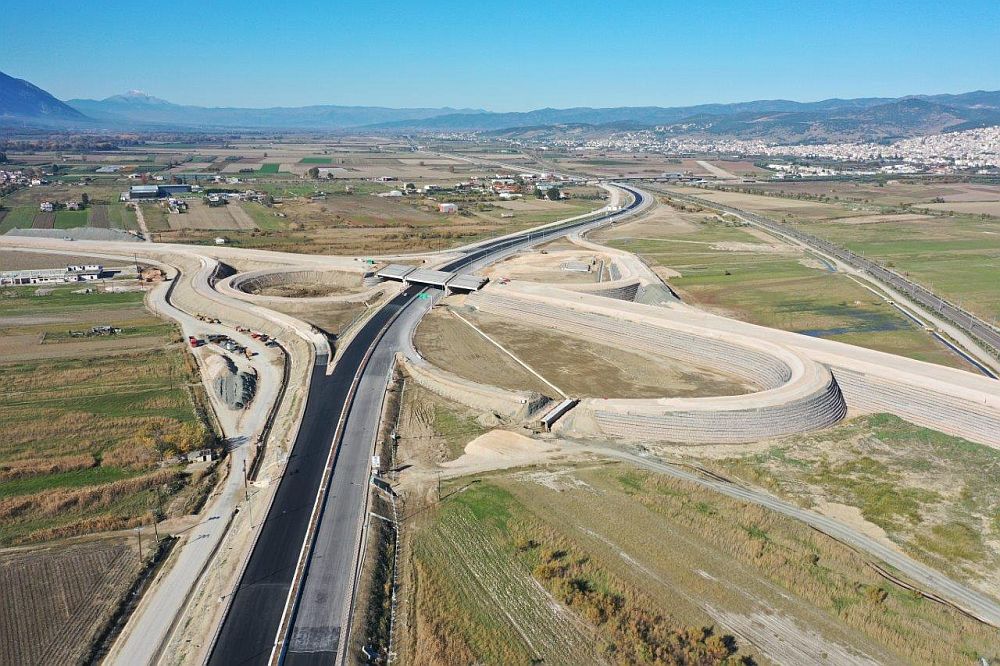 During the summer, it is estimated that the Othrios tunnel in the project of the southern section Lamia-Xyniada of E65 will be “excavated”. According to sources close to the issue, the opening of the tunnel is done very carefully as the subsoil of the area is notorious for the degree of difficulty it has.

However, less than 100 meters are left until the full opening of the 3 km tunnel and the countdown for the “classic” meeting of the two crews in the center of the tunnel is believed to take place.

The Othrios tunnel is the most important technical issue of the entire axis and with its completion, it will be included as one of the 10 largest road tunnels in the country. It is the project that will allow to “connect” the southern part with the operating part of the E65 from Xyniada to Trikala.

The delivery of the Lamia Bypass

For June or maybe July, according to information, the delivery of the first 14.2 kilometers of the southern part is “pushed”. The reason has to do with the amendment that must be passed by the Parliament, which makes possible the partial delivery of the project.

It is estimated that this will be done in June so that the first “ribbon” of the project can then proceed. The section of the Lamia Bypass starts from the connection of the E65 with the Gulf of Malia, at the Anthili halfway junction and ends 3 km before the Karpenisi junction approximately in the Lianokladi area. To go to Karpenisi one must use the local road network.

Given that the new section will not be connected to the operating section Xiniada – Trikala, those who want to go to Domoko and Thessaly should use the current route from Lamia and the plateau Othrios.

An uneven junction that will lead to Lamia is also being constructed in the section under delivery and which is estimated to be completed by the end of the year. There is no toll station in this section, hence there are no tolls.

It is a matter of time, as everything shows, the activation of the project for the construction of the northern part of the E65 from Trikala to Kipoureio in Grevena. The approval of the contract by the Court of Auditors is expected, which will essentially complete the pre-contractual period.

A rather ambitious goal is for its northern part, 70.5 km long and with a budget of 442 million euros (financed by the Recovery Fund) to be completed by the end of 2024.

As the Minister of Infrastructure and Transport, Costas Karamanlis, recently stated at the Capital Link conference, the E65 will play a special role in the de-lignification of Western Macedonia.

It will connect Athens with Western Macedonia, but also with Italy through the Port of Igoumenitsa, as well as with the Western Balkans and from there, with Central and Northern Europe. Upon completion, the journey from Lamia to Egnatia will take one hour and 30 minutes, instead of the two hours and 30 minutes required today.

VOAK: phase 2 of the PPP tender for Crete’s new motorway to start in May