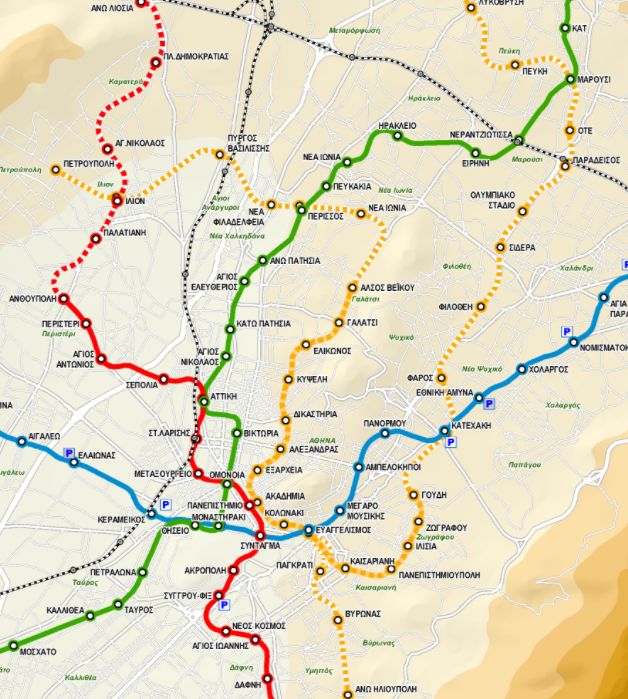 The last step before the signing of the contract for the big construction project of the new Metro line 4 is expected in the coming days as it will pass to be presented in Parliament. According to information, within the next two weeks, it will pass through the Production and Trade Committee of the Parliament, where the pre-contractual period will be officially completed.

Based on experience, this means that the construction contract will most likely be signed in June, giving flesh and blood to the biggest public project of all time for the country.

The contractor scheme consists of AVAX-Ghella and Alstom thanks to the discount of 12.19%. The amount with which the scheme undertakes the project is 1.158 million euros (amount without VAT). It is to be reminded that in total with VAT the cost of the project reaches almost 1.8 billion euros.

With the addition of this project, the backlog of AVAX will climb to over 2 billion euros, bringing the Greek group back to the top of the construction industry.

The project includes the construction of 15 stations and 9 wells with a tunnel that is 12.9 km long. It concerns the first phase of development of line 4 and includes the section ALSOS VEIKOU-GOUDI.

The contract for the preliminary works with the company ERETVO has been signed since March. This contract includes the creation of construction sites with the movement of networks where they exist, but also archaeological work. In other words, it will prepare the ground for the main projects that will be undertaken by the group headed by AVAX.

The first construction sites will be developed in the summer and are located at the ends of the new line (Veikou and Katehaki Avenue). The necessary space will be created there to assemble the two subways that will undertake the opening of the tunnel.

According to information, ERETVO has proceeded with measurements and recordings at the construction sites and is in consultation with the companies of the networks that are located on them. Then, after they are recorded, the studies for their movement will be carried out. He is also in contact with the archeological service for issues that may arise during the excavations.

It will also be necessary to prepare the necessary transport studies at the construction sites that will be set up to have the necessary approvals. Both Attiko Metro and the ministry of Infrastructure and Transport are involved in this.

One of the first moves of the consortium of the main project is the order of the two TBMs that will undertake to dig the tunnel of the new line. The bulky machines will dig in parallel from the edges of the line in order to minimize the drilling time as much as possible.

Then with a triangular consultation ERETVO-Attiko Metro-AGA (AVAX-GHELLA-ALSTOM) each construction site that will be ready will pass from one contractor (ERETVO) to the other (AGA) for the construction to proceed. The duration of the main project according to the announcement is 96 months from the day of signing the contract. The subsoil of Athens will show when the project will be completed, since in the past it has reserved several surprises in the respective contracts for the construction of Metro projects.