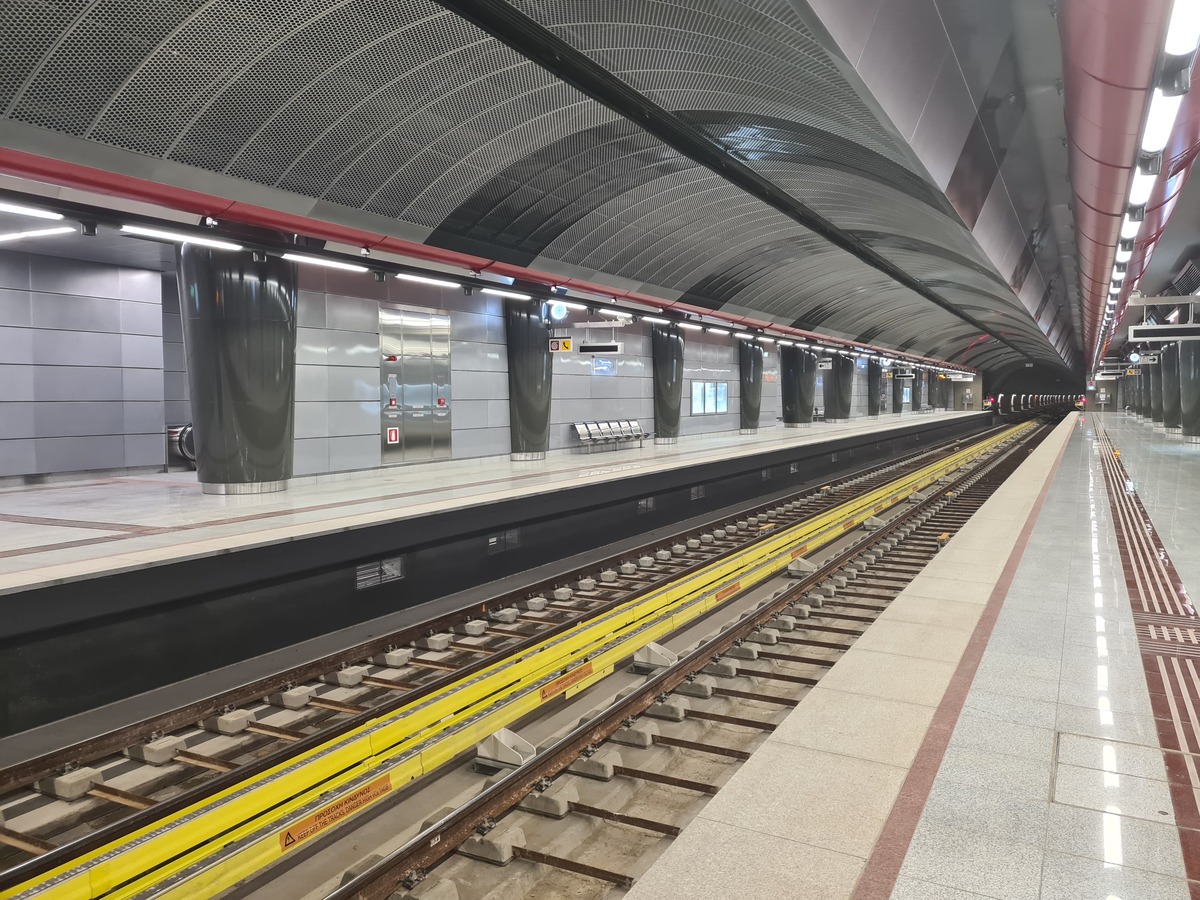 In the plans of Attiko Metro there is another important extension, this time of Line 1 (formerly Electrikos) from Kifissia to Varibompi. The expansion has been on the “radar” of the Ministry of Infrastructure and Transport for the last few months.

In his interview with APE-MPE yesterday, the Minister of Infrastructure, Kostas Karamanlis, responding to a question about the extension of the fixed orbit means, mentioned among other things the extension from Kifissia to Varibombi, noting that “With the last (extension) , in particular, we will solve the issue of the “unification” of the national road with the Metro network of Attica”.

What are the first moves?

As ypodomes.com had pointed out, among the 9 extensions being considered by Attiko Metro, there is also that of the northern extension of line 1. According to sources, the aim is to unite the Metro high up on the National Road to serve the residents of North Attica at a point where there is a transfer station.

So the exercise under consideration is for the line to go north, for there to be an intermediate station in Nea Erythrea and finally for the line to end up at the Varybombi junction. There, within a stone’s throw, there is a public area which can function as a park and ride area and for passengers to continue their journey using the fixed track network of Athens.

The choice of extending line 1 to the National Highway is even considered by experts in the area of ​​the northern suburbs as an easier and faster solution compared to the corresponding route that exists on line 4. This includes the extension from Goudi to Lykovrysi but this is a large expansion that may take several years to finally materialize.

To make it more understandable, if it is necessary – in the best case – to reach 2030 for the first section of line 4 ALSOS VEIKOU-GOUDI to operate, it will take an additional decade with optimistic scenarios for line 4 to reach the National.

What kind of expansion is considered?

On the contrary, the extension of line 1 from Kifisia is considered to be done by undergrounding the current terminal KIFISIA and then with a tunnel of about 2.5-3 kilometers to create the intermediate station NEA ERYTHRIA and finally reach the terminal KOMVOS VARYMBOMBIS.

The NEA ERYTHREA station is located at the junction of Kifissias and Harilaou Trikoupi streets and the terminal KOMVOS VARYMBOPIS is near the junction of the same name. At the moment we are in the very early stages as it will require study maturation for the final decision on the location of the stations and the general physical object of the project.

If the studies run and funding is found (we are talking about a cost that clearly exceeds 200-250 million euros), then line 1 can arrive several years earlier than any other solution that exists to date.

At the same time with an extension like the one described, the passenger of the line – in the future and having also processed with the extension to Petroupoli – will be able to transfer to line 4 at the PEFKAKIA station and further south to the ATTIKI station which is connected to line 2 of the Metro.

The extension of the Metro, i.e. the extension of Line 1 to the National Road from Kifissia to Varibompi, is considered by Attiko Metro to be extremely important for easing the traffic load on the axis. By choosing the Metro at the northern edge of the capital’s urban complex, it will theoretically reduce traffic to a few thousand vehicles per day who will now have the option of using the fixed-track means.

This can have beneficial effects on other axes as well, as the vehicles that move daily in Kifissos, are mainly for business reasons and burden other axes of the city before and after their use. If the extension is implemented, Line 1 of the Metro will be extended for the first time since 1957 when, at that time, it had reached Kifissia. It will also reach a total of 26 stations, increasing the underground stations to 6 (OMONIA, MONASTIRAKI, KATO PATISIA, KIFISIA, NEA ERYTHRIA, VARYMBOBIS).

Given that Kifissos today is the only through south-north axis in the city and also functions as the movement axis of long-distance movements from/to Athens, the operation of one or more Metro stations at selected points of it may be imperative.

In the past, Attiko Metro had carried out a preliminary study for the extension of ISAP to Nea Erythraia (sources state that it was in 2013). The study at the time referred to two stations, one at the junction of Eleftheriou Venizelou (that is, Kifisia) and Charilaou Trikoupi streets and a second station at the intersection of Eleftheriou Venizelou (Kifisia) and Ag. Saranta again in New Eritrea.

Funding for the 3rd longest tunnel in Greece in Patras finalised

Athens Suburban Railway: tender for the new extension to Western Attica to go live within days